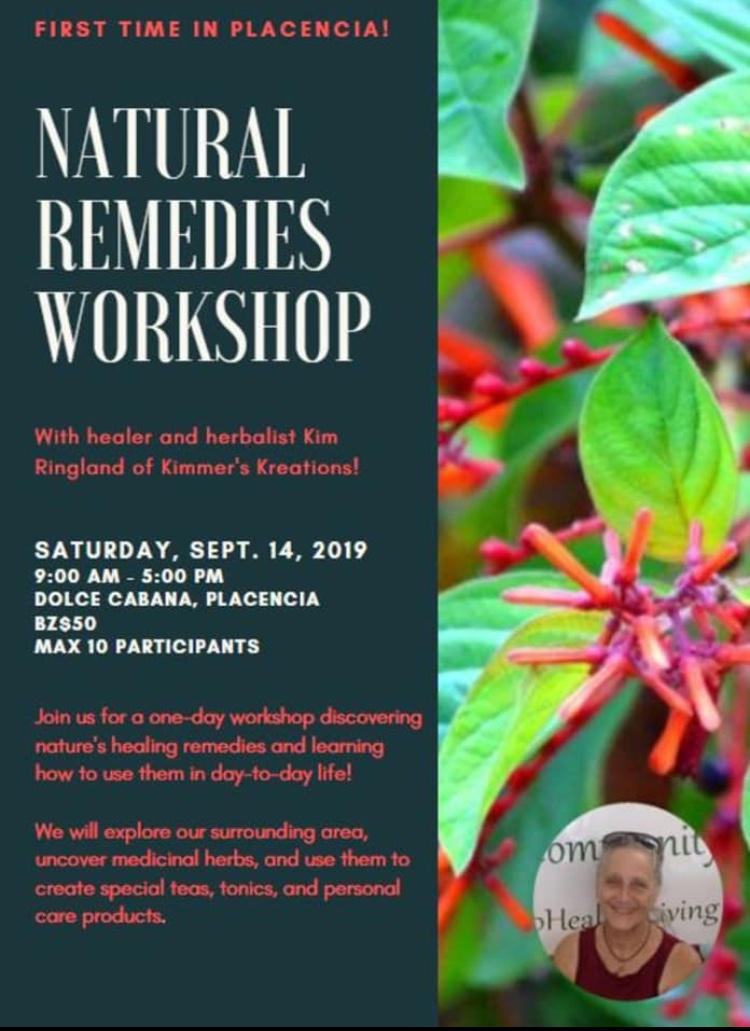 Okay so I went down a Kindle Unlimited wormhole of apocalypse fiction last year and now the collapse is always in the back on my mind along with loosely formed reaction plans for pandemics, EMPs and of course zombies.  I think Belize is probably a pretty good place to be in to try and ride out the end of the world; it’s the least populated country in Central America: the greatest advantage you can have when society is falling apart- whether the cause is massive wars, disease, rioting or those darn zombies! This is when there’s NOT safety in numbers but an advantage to being away from the general population.

Most of our houses are built on stilts to catch the breeze and keep us safe from flooding… that’s just pure convenience we’d also be above the grasps of wandering zombies.  We would be less likely to completely lose our minds if the grid went down than our North American neighbors because we already depend less heavily on it.  Subpar infrastructure and interruptions in service is the norm- internet, power, water- they all go out on a regular basis and we just shrug and go to the beach.  My best friend back home nearly had a mental and emotional breakdown last year when Facebook was down for 12 hours. Lastly, Belize has an abundance of natural resources.  There’s fish in the sea and fruit in the trees and every season is growing season.

Many modern-day Belizeans are still living secluded and traditional lives (the Mayans, the Mennonites) or are only one or two generations removed from that lifestyle and knowledge.  I find it fascinating that we could survive and thrive here without modern medicine or technology.  I was super excited to attend a workshop that my friend Nicole of Dolce Cabanas hosted this weekend right here in Placencia.  Our instructor was Kim Ringland, a master herbalist and herbal healer who also makes a line of all natural personal care products (I don’t want to say beauty products, though some people might, because her line is focused on health over beauty: healthy skin, healthy hair, etc. is also beautiful but that’s not it’s primary goal). 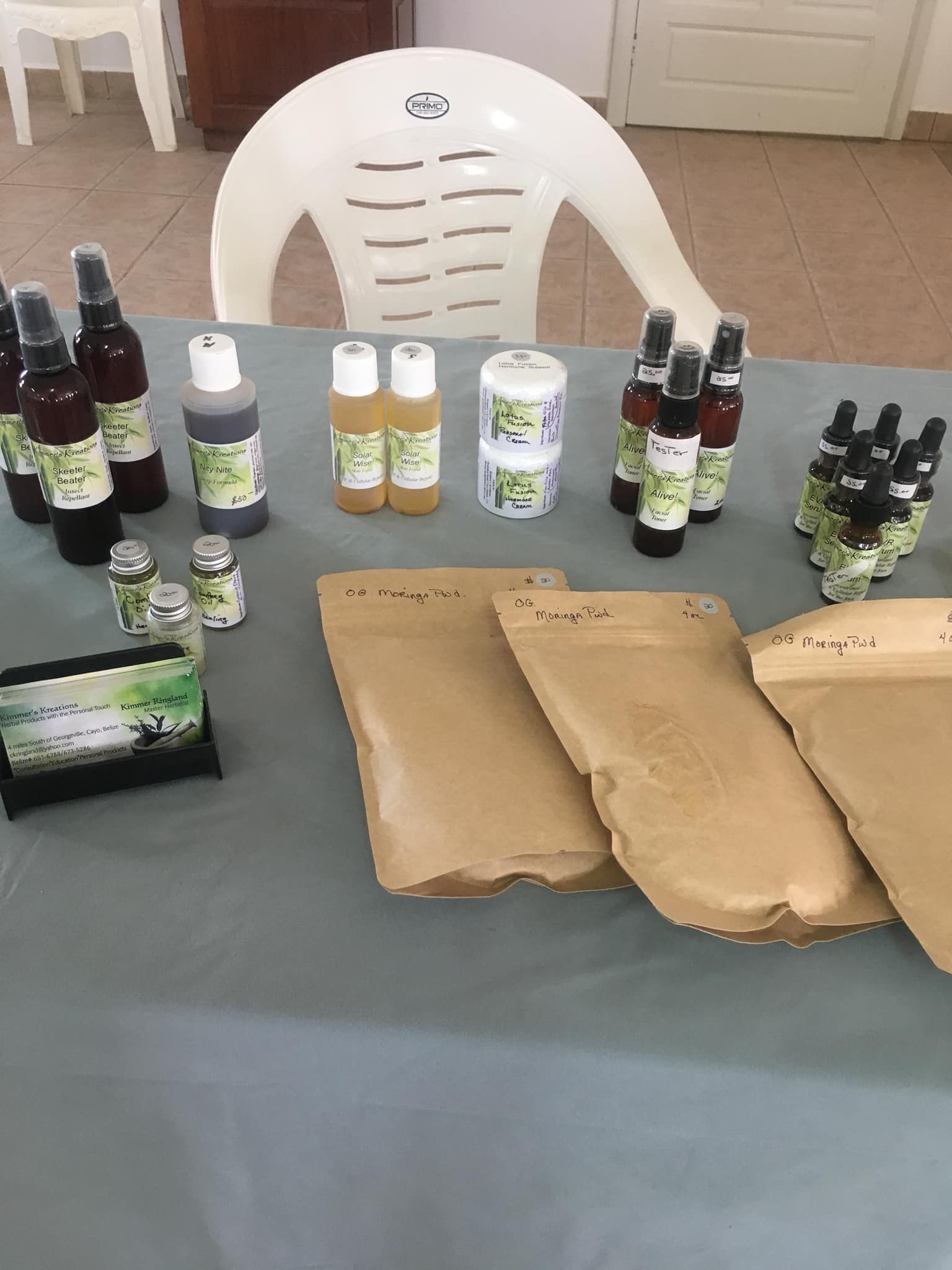 Kim lives on a farm in the Cayo district and can sometimes be caught teaching workshops on wellness in San Ignacio and Mountain Pine Ridge.  She is a WEALTH of knowledge and our little Saturday workshop was information overload!  I didn’t catch HALF of what she said but here is a sampling of what we learned about natural remedies, “bush medicine” and the herbs around us. 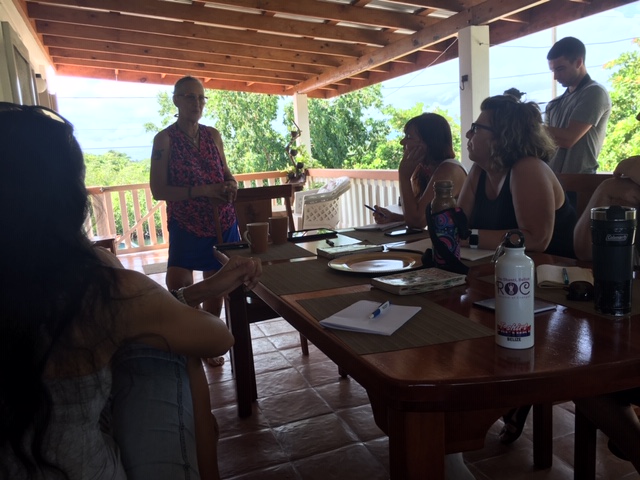 First up (we didn’t even get out of Nicole’s yard for this one) the quintessential symbol of tropical paradise and island vacations: the hibiscus!  Kim told us red hibiscus was known as a Mayan momma’s best friend because it’s a hemostatic that can safely stop excessive bleeding of the uterus after child birth.  Who knew?!? I just thought they were ornamental or used as a pretty garnish but if you get one on the side of your drink you should eat it! They’re good for you and high in vitamin C. 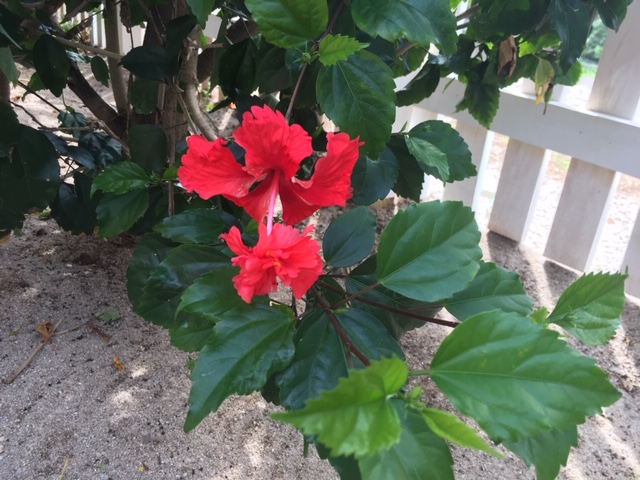 The second find we made (and we kept making this find EVERYWHERE in the village, it’s prolific!) was what I would call a “weed” and walk right by without a second glance but Kim called it by a real herbal name and said it was a magnificent medicine.  Again, who the heck knew? 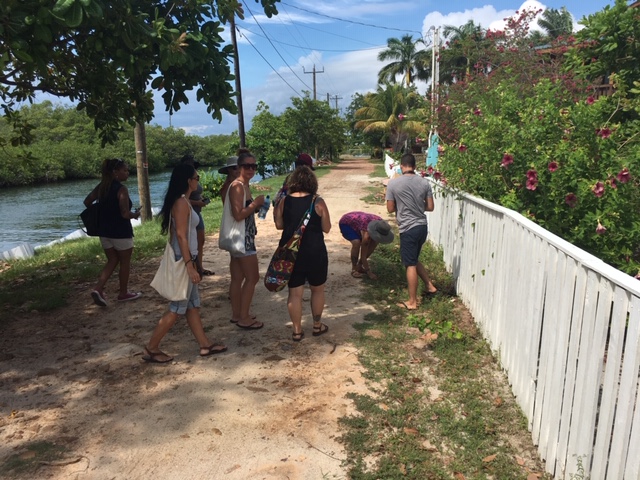 May I introduce- Chanca Piedra “the stone crusher” 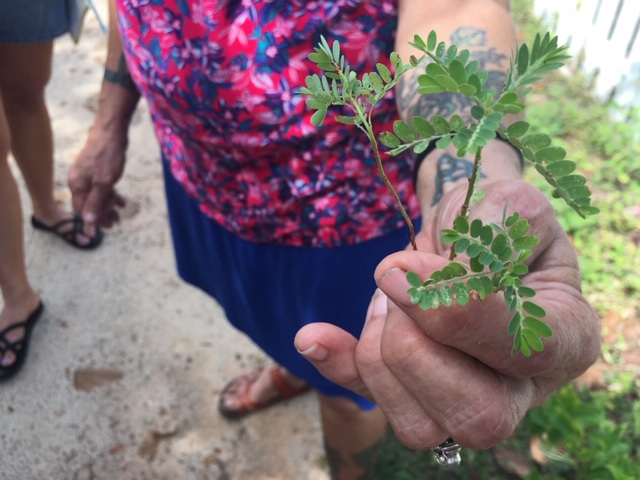 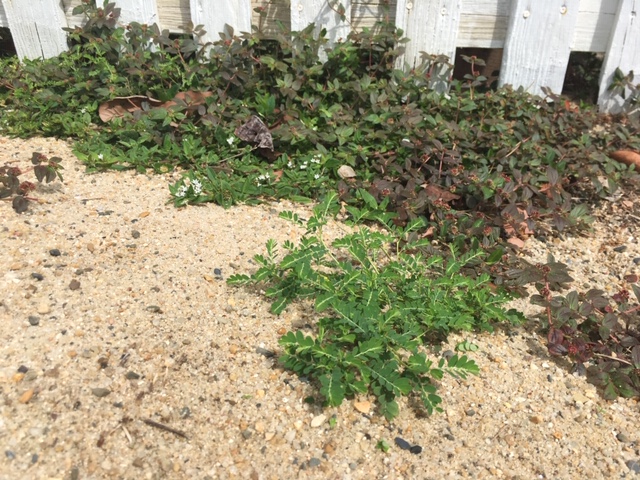 You can make a tea from this plant to eliminate kidney stones or use as a liver tonic.  You can eat it raw too, spoiler alert it tastes like a weed.

The third thing we found in as many steps from our starting point was an Almond Tree.  I have one of these in MY yard!  I was so excited about our almond tree and the nuts I expected to harvest and eat from it but I quickly realized these weren’t California almonds like I’d buy by the can back home, these were “sea almonds” or Indian Almonds and quite labor intensive to “harvest.” 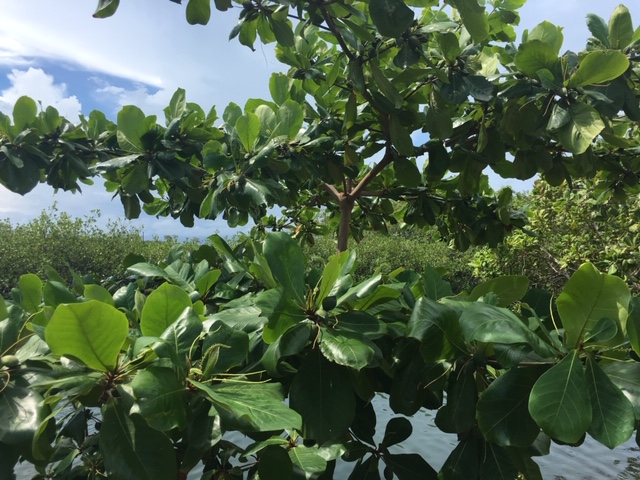 We didn’t talk about the almond nuts but rather the leaves of the tree and that a “fresh tea” (boil water, pour over leaves and drain, don’t steep) from the leaves would treat high blood pressure.

The next tree down the lane was a craboo tree.  Belizeans love craboo and I can’t understand why.  It’s a small round yellow fruit with a black pit in the middle and in my humble opinion it tastes like feet!  But it’s quite popular in Belize- neighborhood kids collect and sell it by the Crystal water bottle full and loads of things are made from it: wine, ice cream, liquors, and candy.  My friend from Panama also grew up eating it; they call it Nance there. 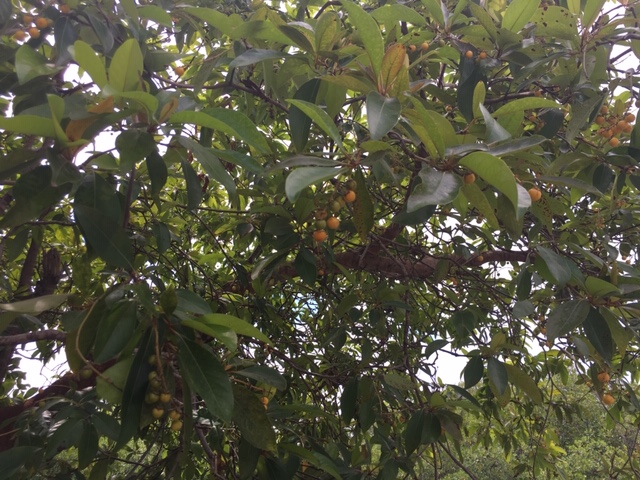 If you don’t mind the distinctive taste and smell, consuming craboo will ward of colds and flu.  Personally, I will take the sniffles over a cup of craboo but loads of people like it so maybe I’m being too harsh a critic.  We were just scratching the surface of our foraging so I think this warrants a “part two” post.  I will gather the rest of my pictures and sloppily scribbled notes to wow you with another riveting entry on herbs. 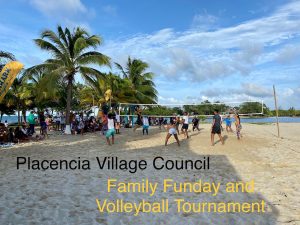 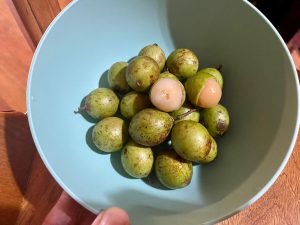 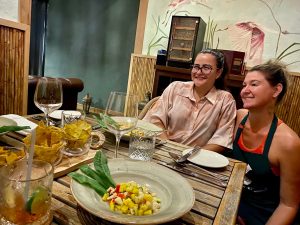 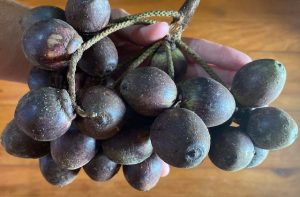