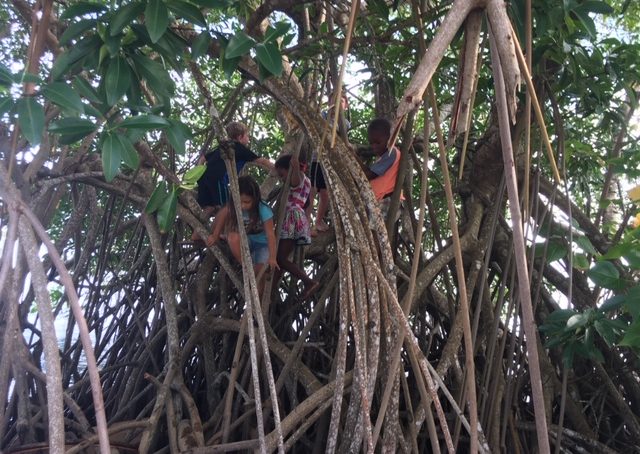 My little man, Mitch, is loving life lately.  Even in this mixed-up, restrictive, weird and wild world of 2020 he is finding joy in simple pleasures and growing his unique personality and talents.  Even though regular school isn’t in session and border closures have squashed our annual travel plans to visit the grandparents; life isn’t all that different today as it would be otherwise for a little boy growing up by the beach in a village on the Caribbean Sea.

We were intensely lucky to have made an educational change this year to PAC and it’s proved wildly worthwhile.  Not only because PIA hasn’t resumed on-campus classes (the Ministry of Education has not approved schools to resume regular operation but the Ministry of Health, which institutions such as daycare or tutoring centers fall under, has approved operating with enhanced safety protocols being used) but because the tutelage and attention he’s receiving at PAC is top-notch.  Ms. Knight is AMAZING.  I know that word is thrown around carelessly but I really mean it- she is working miracles with Mitch’s development and behavior.  He’s journaling!  The creativity and penmanship are blowing my mind.  He attends PAC full time, which is Monday through Thursday 9:30-4:30.

On Fridays he has started doing a few drop-in hours at the new BelizEasy Kids Center and he’s loving that as well.  In fact, this past Friday when I went to pick him up, he asked if he could stay- if I could come back for him later.  What a hoot!  They have such affordable prices that I happily obliged and snuck in another half an hour of chores while they kept him cheerfully entertained.  Over the weekend he continued to ask to go back to the center.  Maybe they’ll add some Saturday hours!

When he isn’t at school or camp or the kids center, he’s doing what most of the little boys around here are doing.  Running around barefoot, getting sweaty, climbing trees.  He is finally old enough to be trusted to free-range roam with the local kids within the parameters of what we consider to be the neighborhood: the 3 houses behind us on the lagoon and the adjoining property of Captain Jaks.  What adventures they imagine inside this bubble!  I stumbled upon “dinner” being prepared yesterday on a make-believe fire hearth constructed of spare cinderblocks under the pool deck.  I had to contribute a plate AND a bowl for the makeshift kitchen.

Weekends are for wandering.  This weekend, our friend told us about a prime beachcombing opportunity on the sand behind Evolution Beach Gym so we rounded up some friends and collected shells.  Well, some of us collected shells and some of us just played Tarzan in the mangrove trees.

A tiny crab was found and a first-class habitat was constructed for it.  For an entire hour this crab wanted for nothing; he was provided with the finest food, drink, and amenities.  His accommodation (a cooler) was outfitted with oodles of furniture and a luxurious bathtub.  After lavishing the little creature, he was released without adult prompting.  Even these young kids have a basic understanding of conservation and wouldn’t want to harm a life unnecessarily.

As kids do, Mitch is trying on different personas and pushing his boundaries.  His predominant personality is drunk frat boy and he is always the loudest person in the group.  I’m absolutely tickled to hear him testing out his Kriol among the other kids.  “Hey, bwai! Look wat I found” “Dash it in da sea!”  I think it’s wonderful that he’s growing an ear for languages.  There are so many accents in this tiny community.  His best friends are Kriol, and Mestizo, and a Chinese immigrant, and a South African immigrant, and an American but with a southern twang, and there’s a French family we are friendly with.  I’m terrible with foreign languages but hopefully Mitch finds it easy to learn other languages even just conversationally.  For now though, I’m happy to encourage his Kriol by not discouraging it (even when it sounds pretty silly to me). 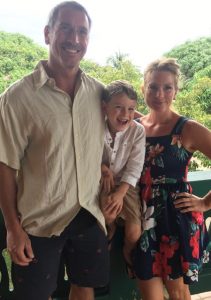