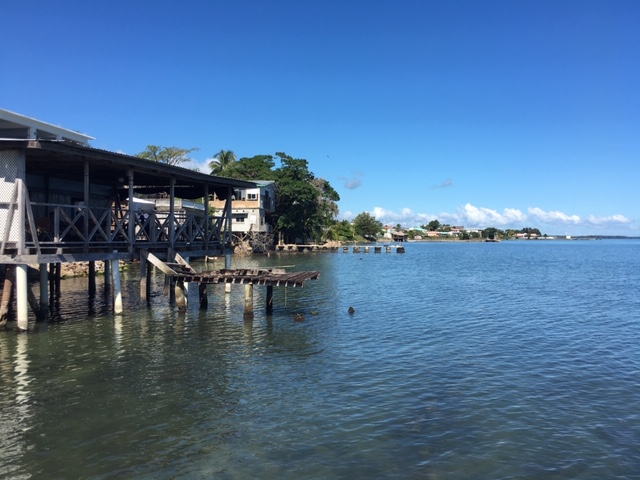 Toledo, the southern most district of Belize, is the least developed, least populated, and sadly: the least visited by tourists.  But it’s also one of the most beautiful districts with abundant and unmolested nature and wildlife.  Huge areas of land in this region are pristine nature reserves: national parks, forest or marine reserves, wildlife sanctuaries.  Some of these you aren’t even supposed to access without written permission from the Forestry Department.

Like so many people, I had not explored this “Forgotten Land” before and I was so excited to see it.  My fellow mom friend, Julia, and I were keen to break up the monotony of winter break and take the boys on an adventure off the peninsula so we headed down to part unfamiliar.

We visited Punta Gorda, the capital town of the district and the commercial hub of the area.  It’s situated on the coast and it a port for water taxies to Guatemala.  The shoreline is so different in appearance here than along the Placencia Peninsula; it has rocky cliffs instead of sandy beaches.

I found it quite lovely, like a cheap Rasta version of the Greek isles.  We enjoyed a wonderful lunch at Asha’s Cultural Kitchen, directly on the water with open air dining and a dock the kids could swim from.

The menu was just right- all my favorites and flavorfully cooked to perfection.  Enjoyed with a cold beer we EARNED after being stuck in the car with 3 rambunctious boys for several hours.

I can’t wait to get back to PG and have a long stroll around (without the 3 hellions in tow) and check out the couple chocolate shops that were closed for New Years Day.  Cacao farms are plentiful in the region and the district is producing some excellent chocolate products.  How fun would it be to go back during the annual Chocolate Festival?