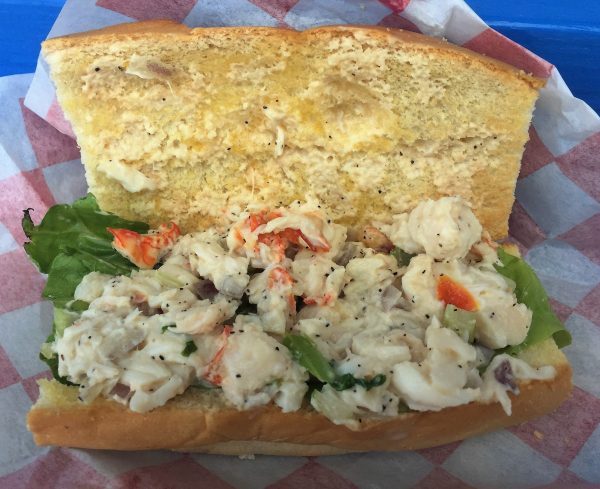 There are a few Lobsterfests around Belize. Placencia’s Lobsterfest Weekend was June 23rd-25th and some people have said it’s the best one. The tents went up, the tables and chairs were delivered and our excitement was palpable- our first festival in Belize! 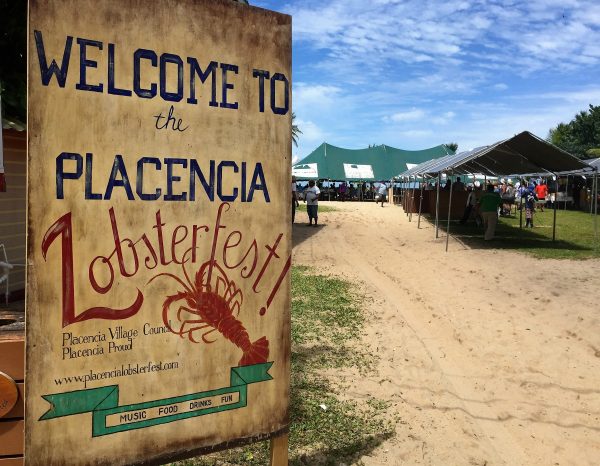 There was so much to see, do, and eat this weekend! Most of the restaurants had special dinners and others had booths set up on the beach offering various lobster dishes as well as other local fare. Below is just a sampling of what was offered. 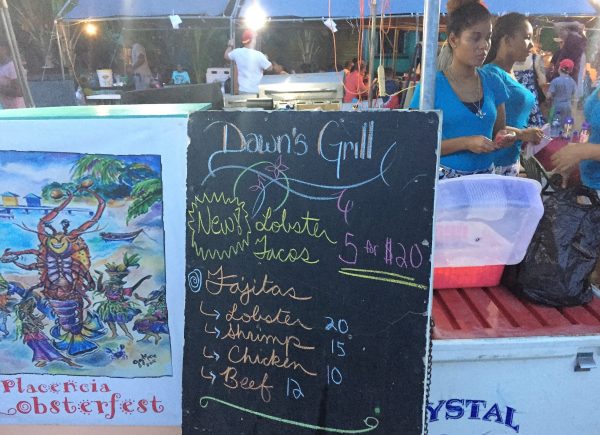 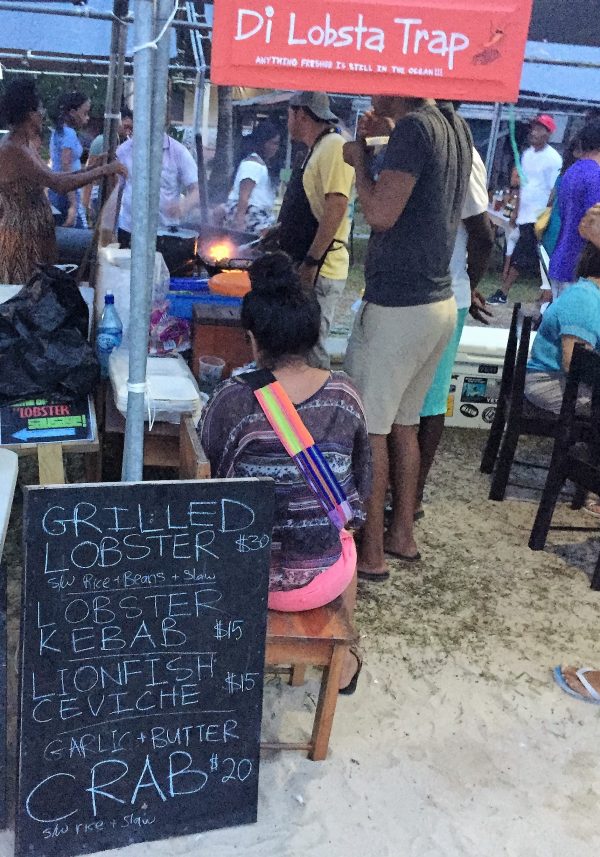 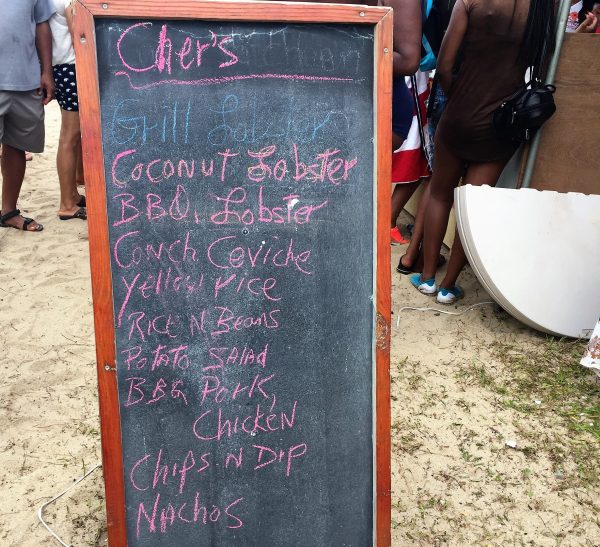 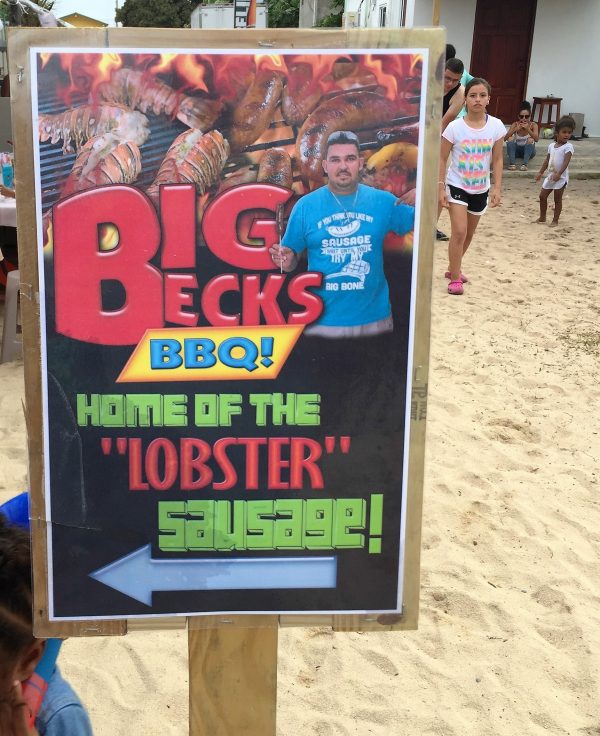 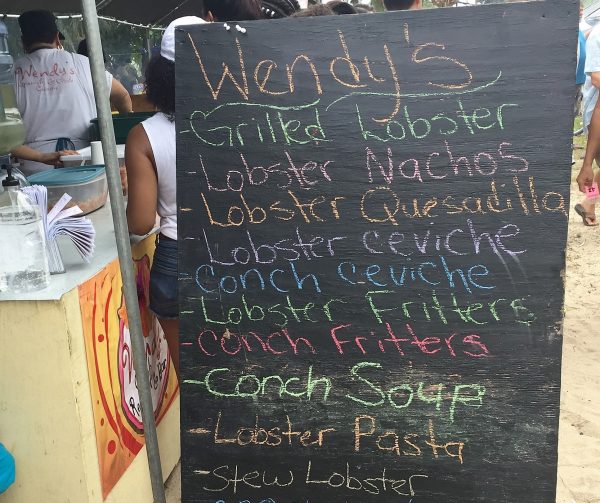 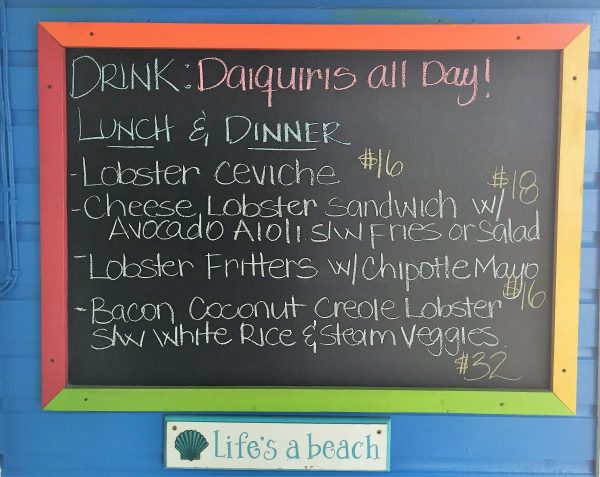 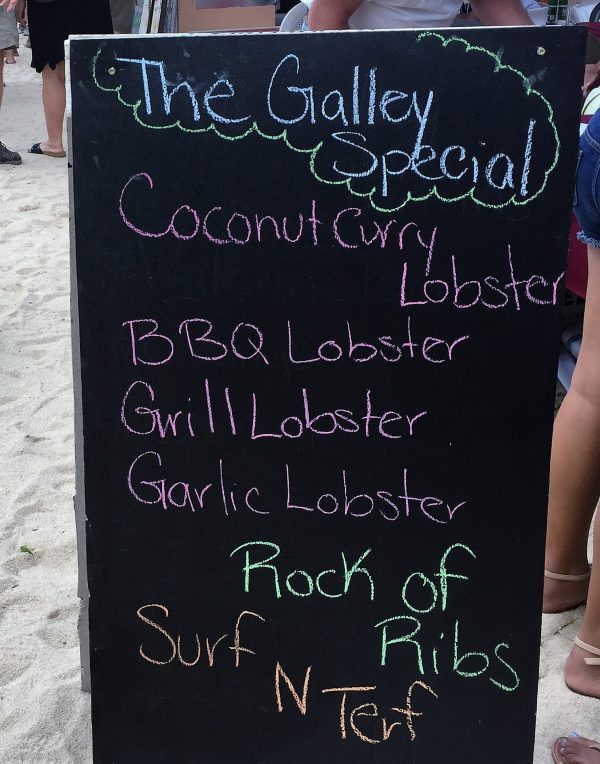 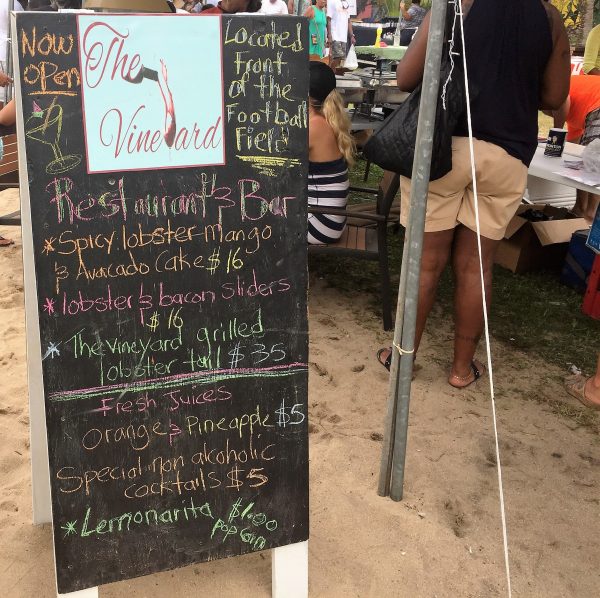 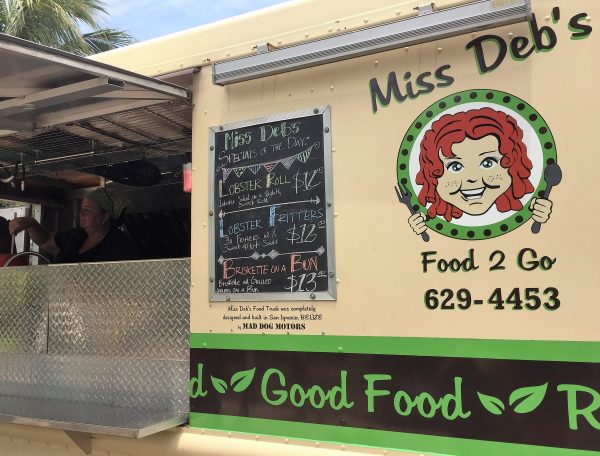 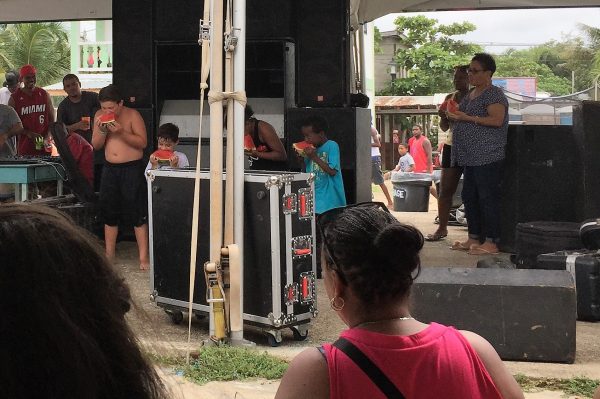 The Rotary Club of Placencia also put on a rubber ducky race to raise money for the various causes that they support on the Peninsula. 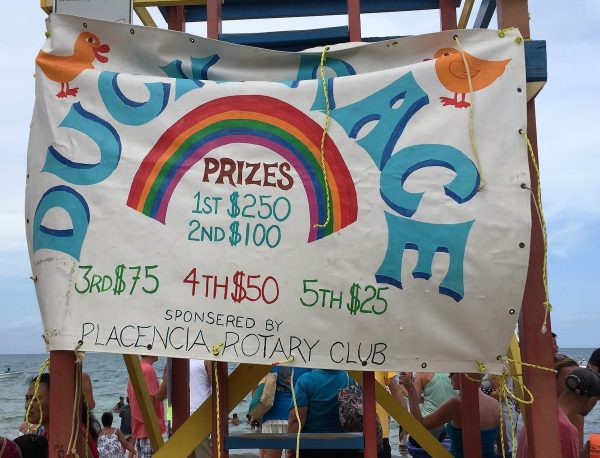 Bull riding and a make-shift trampoline were available to keep the little kids happy. 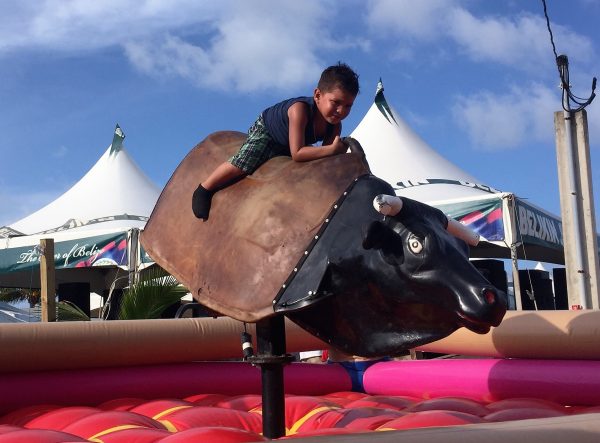 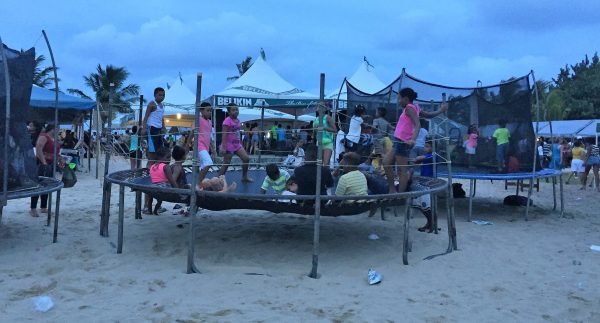 There were also raffle tickets being sold for some serious prizes, such as round trip airfare to the U.S. plus cash, as well as smaller prizes like gift certificates to local restaurants, overnight stays at local resorts, and tour excursions. SPOILER ALERT! I won an overnight stay at Miller’s Landing Resort and a $25 gift certificate to Miss Deb’s Food Truck! Not bad for $10USD worth of tickets.

Unfortunately Mitch’s midday nap schedule prevented us from attending some of the scheduled events but we made up for it by eating more lobster and drinking more rum later in the day. 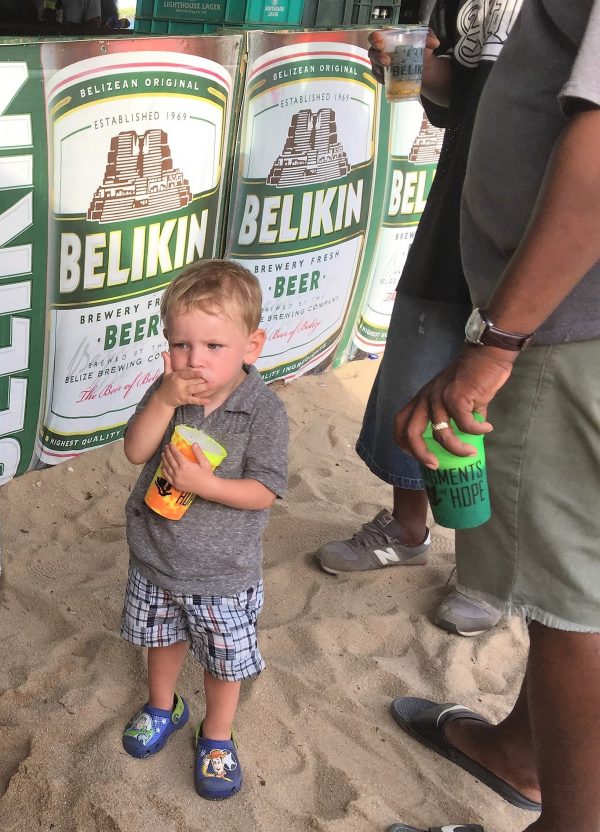 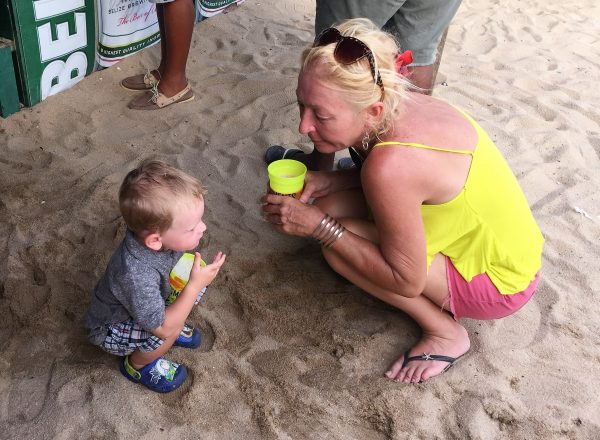 Festivities were held on the large open beach next to the Tipsy Tuna. The music was loud and the beer and rum were flowing.

Besides Miss Deb’s Lobster Roll pictured at the top of the page, some of the other lobster items that we ate over the weekend are seen below.

And there were plenty of desserts as well. One of the many desserts that Phil splurged on was this nice sized piece of coconut cake. 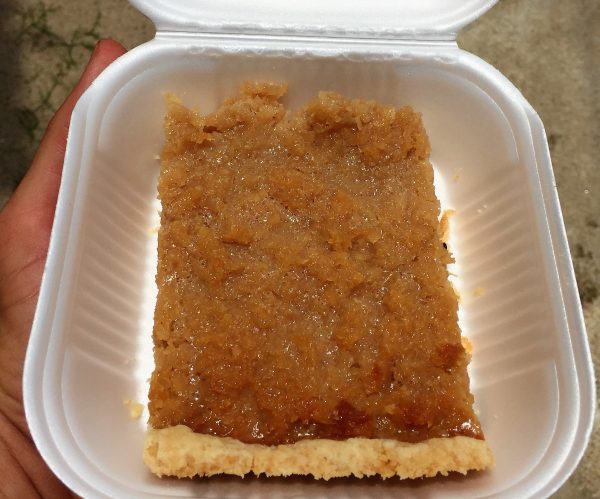 So our first Placencia Lobsterfest was certainly satisfying. Maybe next year we’ll try to make it to San Pedro’s Lobsterfest!

Libations with the Ladies