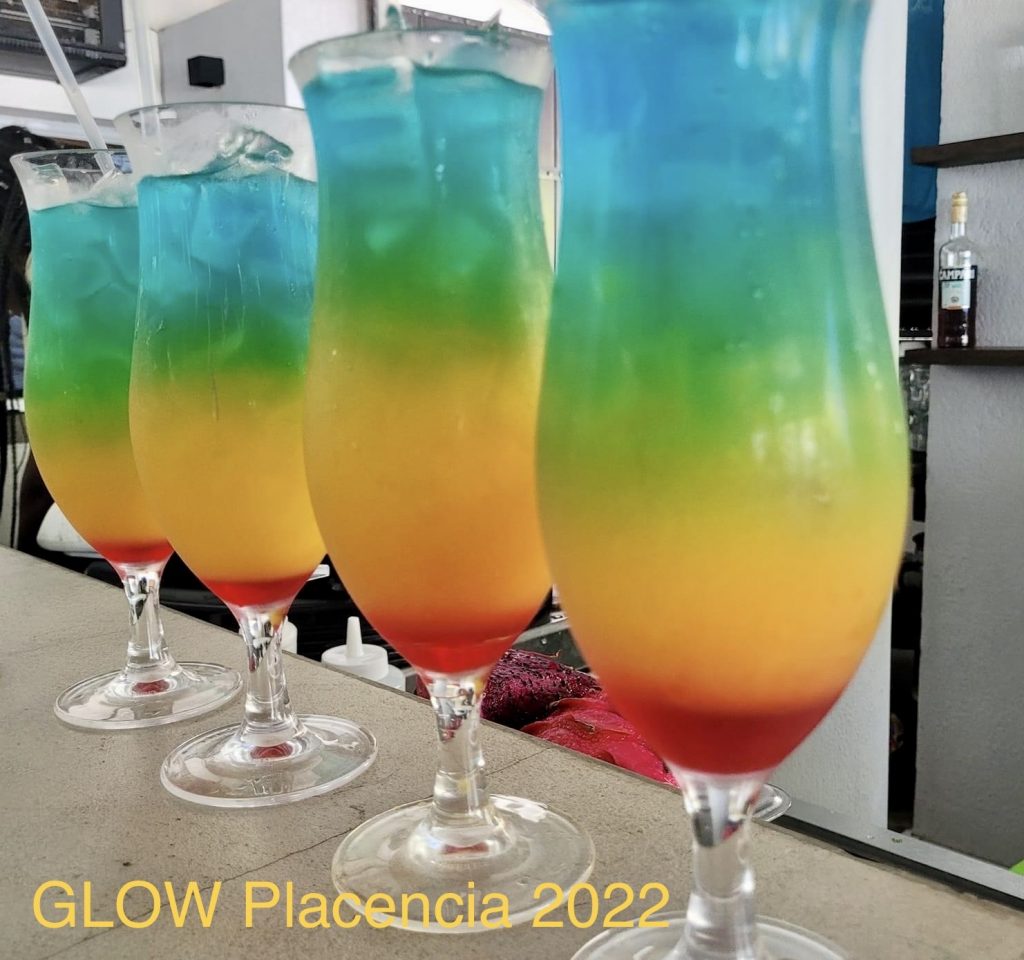 The second annual GLOW party and fundraiser, held on August 27th at the Placencia Beach Club, brought the FUN and raised over $5,000bz for school children on the peninsula. GLOW (Grow Love in Our World) is the premiere LGBTQ+ event in Placencia and this year’s pool party was well attended and such a good time. The raffle prizes were phenomenal (I didn’t win any) and the weather was perfect- sunny and hot.

I’ve seen it asked a few times on the online forums: is Belize a gay-friendly-travel-destination? The short answer is, of course, yes. But the long answer is always a tad more murky and there is certainly a different experience from region to region and for gay travelers than gay residents. The experience in progressive and touristy hot-spots such as San Pedro is going to be light years apart from the experience in say, a rural, conservation Mennonite community in Toledo. Belizeans in general are a very live-and-let-live people but it was only in 2016 that they finally abolished their anti-sodomy law, recognizing discrimination based on sexual orientation unconstitutional. I think, in general, there’s mostly apathy regarding LGBTQ issues with a small population on either side of the spectrum- either condemning or crusading for equality. This obviously is just MY understanding of things and I recognize MY understanding and experiences are only a glimpse at a sliver of the whole picture (I’m only an ally, I have no first hand knowledge).

Placencia’s GLOW event is a first of its kind and organizers were uncertain of the reaction they’d receive from the community but the support is overwhelming. With such strong and positive feedback from the community, it is only a matter of time (and planning!) before we have more LQBTQ+ events here. I heard rumors of a masquerade ball! Here’s a big ole’ gay gallery of photos from GLOW: