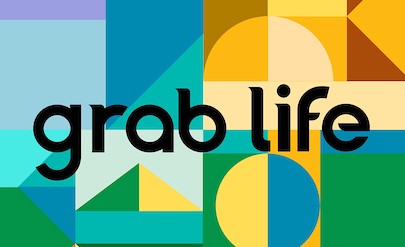 Earlier this week I attended a stakeholder’s meeting for the Belize Tourism Board held at the beautiful Naia Resort.  The purpose of the meeting was to introduce the BTB’s new ad campaign to launch in the US and to get buy-in from other stakeholders in the tourism industry.  I have to say- I’m really excited for this campaign and I think it not only has relevance now but also staying power, this #grablife tag is pertinent as we recover from the pandemic but is also sort of timeless.

This campaign reminds me a lot of a big campaign that Atlantic City ran a few years back, and it was wildly successful.  Atlantic City had to overcome the misconception that there was nothing to do there besides chain smoke and feed quarters to a slot machine.  How untrue!  There’re loads of things to do in AC and that’s what this campaign was about.  The Do AC campaign was massive: television, radio, print ad; the hashtag #doac went viral.  Do the beach and boardwalk and amusements, do world-class concert venues and celebrity chef restaurants, do high-end shopping or the outdoor outlet mall, do luxury spa treatments, do nightclubs.  The campaign smashed their goal of educating potential visitors that Atlantic City has so much more to offer aside from gambling.  What really took this campaign to the next level was the buy in from stakeholders in the region’s tourism sector; all the casinos spent their own marketing dollars on ads under this Do AC umbrella.  Every property was telling you what you could do at their resort.  The message was perpetuated by everyone in the destination- down to the corner pizza shops, and it ran for ages.  I think #grablifeinbelize could have the same legs!

Grab Life is about getting out there again after being cooped up for so long.  It’s about choosing a destination that is different and exciting when you are ready to travel.  It is about educating the potential traveler about Belize as a destination and what makes it so special.  Check out the imagery in the long form ad:

How captivating is that?! Did you notice that none of the footage is from San Pedro?  I love that because Ambergris Caye already captures a lion’s share of our visitors and there’s already a misconception that Belize is San Pedro.  People think Belize is an island and are unaware of the multitude of inland activities.  This ad really focuses on the rich natural playground of Belize’s interior.  It is obviously very thrill-seeker-oriented but this is just the first of a few #grablife spots.  There will be ads oriented towards families and ads oriented towards honeymooners and ads oriented to empty nesters; the campaign can evolve and everyone/ anyone will be able to visualize themselves grabbing life in Belize in their own way.

Placencia people, this is my call to arms: lets show the world how we grab life! Let’s show vacationers why they should pick Placencia as their Belize vacation destination and all the amazing experiences we have to offer. Whether your version of grabbing life is reeling in a record-breaking tarpon with Captain Dermin or your version is quietly grabbing a burrito and Belikin on the beach at Barefoot— put it out there! Make it trend! Let’s all grab life in Belize and Placencia, lets grab our share of the tourists!

Back to Belize: Re-opening after lockdown
Tags: activities in placencia ad campaign Belize Tourism Board btb grab life things to do in belize