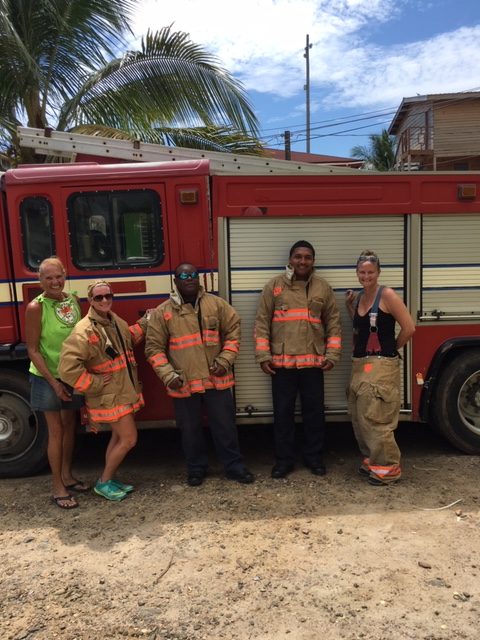 My friend, Cindy Flowers, and I have recently been collaborating on fundraising for the Peninsula Volunteer Fire Department. Specifically, to get Placencia (and the whole 18-mile peninsula really) a new fire truck. The one currently in use here is STRUGGLING, it’s literally cracking in half and can barely hold any water. Luckily for us, the department has a 6 X 4 vehicle and two independent pumps so that lines can be thrown into a water source (like the lagoon or sea) and hoses can be run that way. We are fortunate to be surrounded by water as there are no fire hydrates here (or that I’ve ever seen in Belize).

We’ve still got a ways to go on our $10,000 fund for a firetruck but Cindy and her community connections made another small miracle happen in the meantime. Bunker suits! This took a combination of fortuitous circumstances, some social media donation-panhandling (it’s a brave new world isn’t it?), calling on old friends for favors, and some persistence from my bulldog of a pal- Cindy. Here’s how it happened: 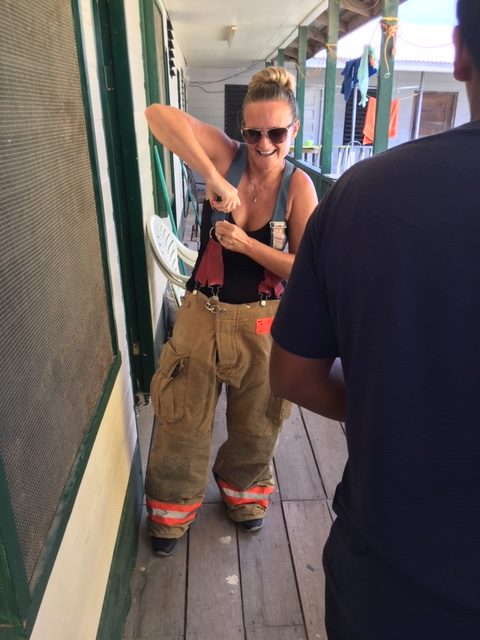 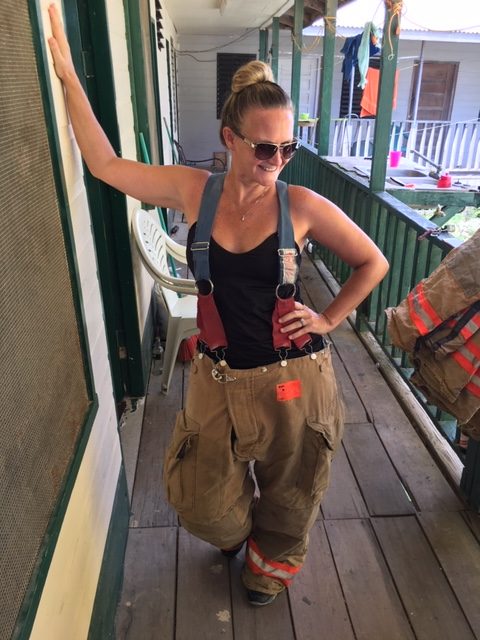 Mr. Thomas, Placencia’s Fire Chief, was conducting a fire inspection (a duty that I bet is keeping him busier and busier as more people are getting their homes licensed to rent as Airbnb’s and this is one of the Belize Tourism Board’s requirements) and met a resident that mentioned that her friend was in the fire department in the States. Email addresses were exchanged and the opportunity to obtain these new-to-us bunker suits came about. Like hand-me-downs from a friend’s older cousin. The only catch was getting them here. 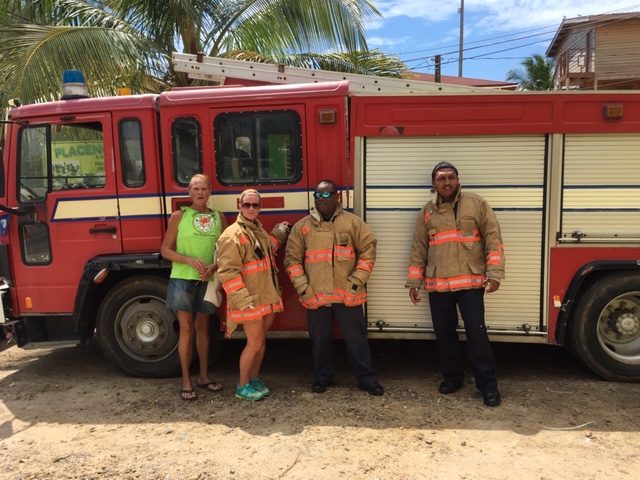 The donor got them to Belize Conceirge & Shipping in Los Angeles. The owners of Belize Concierge are childhood friends of Cindy’s husband, Dwayne Flowers, and they gave us the hook-up with free shipping! Cindy just had to pay $300 bzd for the duty (Belize taxes everything that’s imported… everything! Case in point) and that’s when she took to Facebook soliciting some cash donations.

Viola! It was like Christmas morning, opening the boxes. 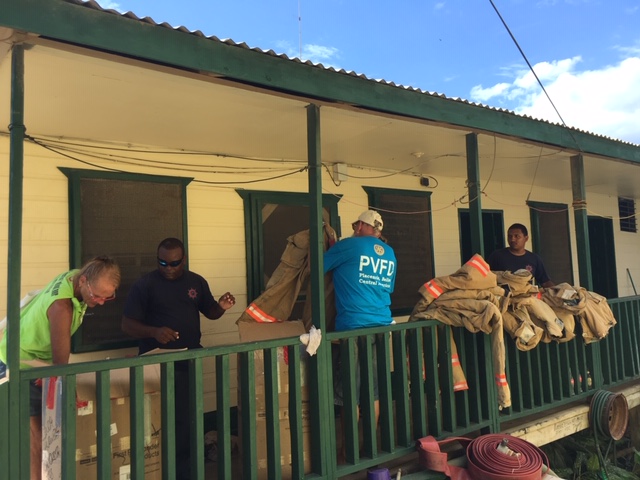 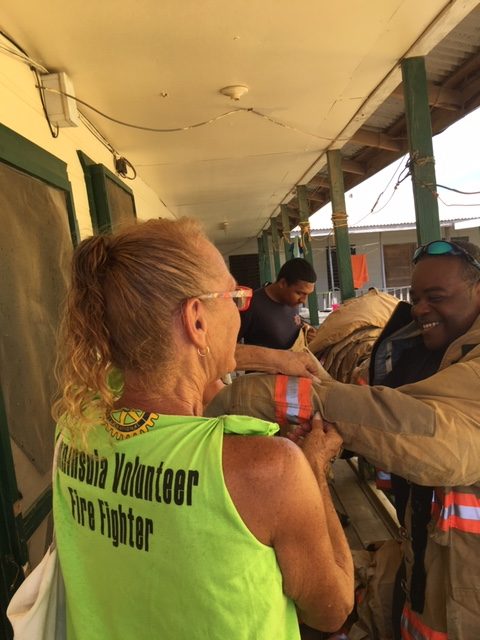 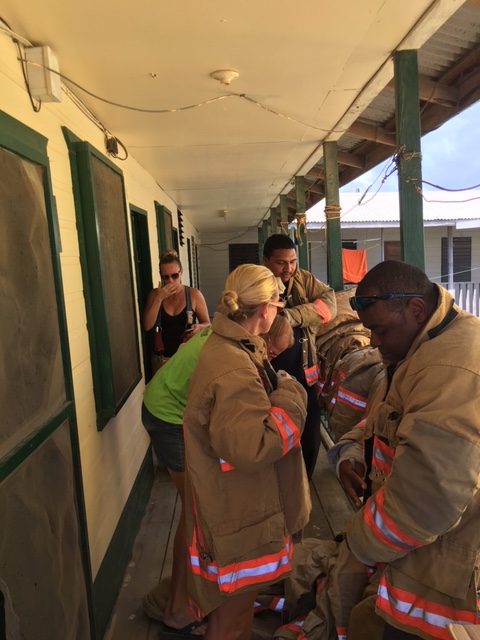 And then it was fashion show time. In all seriousness though, these suits are the real deal! 12 suits in various sizes, ready to protect our brave men that serve this community.  Huge “Thank You” to everyone involved in getting these new suits here!  We’ve got so much exciting stuff “in the works” with the fire department- super cool fundraisers, a new station near the airstrip, a new firetruck (or maybe two!)- I’ll keep you all appraised of the progress here but if you’d like: follow us on Facebook!