I was cruisin’. I was feeling good. Confident. Bad ass. All that changed in a moment, with the drop of a bike. It was our second day on motorcycles rented from Alternate Adventures in Hopkins. We cut our teeth the first day with a leisurely ride down the Placencia Peninsula (check out our post about that ride here).

As a result I felt pretty good about a little longer ride inland to check out St. Herman’s Blue Hole Park. I really wanted to make this ride. I’d spent weeks looking at internet photos of the eerily beautiful, blue, fresh water cenote and the spooky entrances to underground caves. 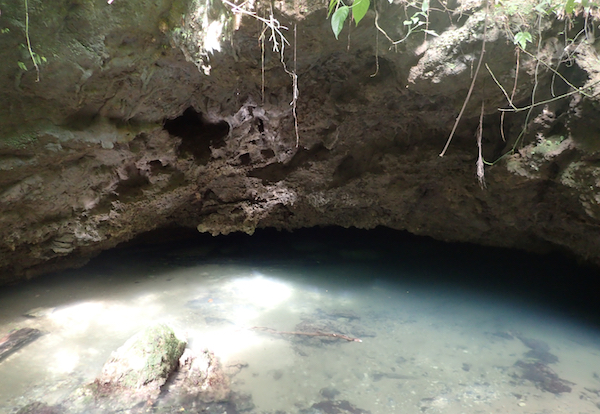 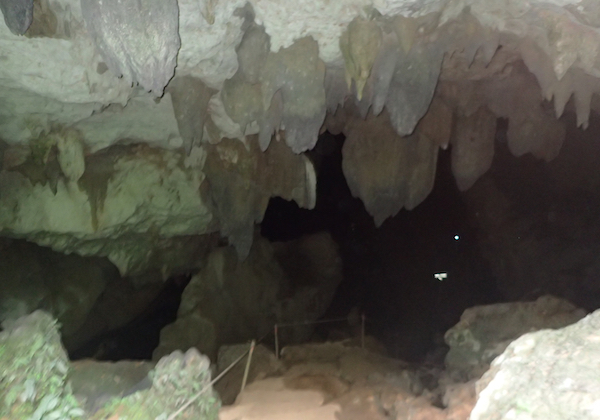 I was looking forward to the scenery along the Hummingbird Highway as I wound my way up into the jungle from the coast. The scenery WAS nice- we drove through orange groves, past grazing cattle, over one-lane bridges, watched the mountains grow closer with each mile we traveled. 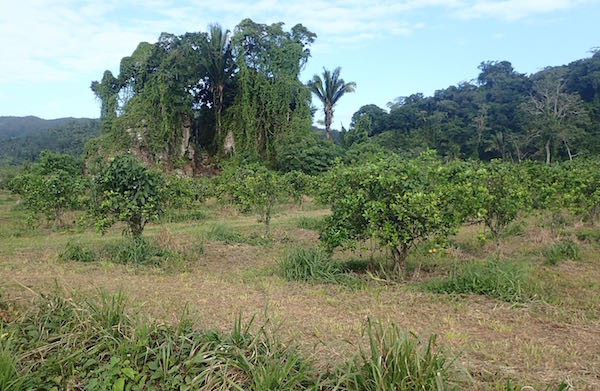 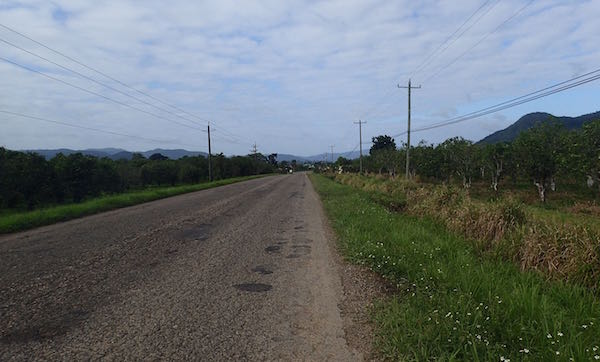 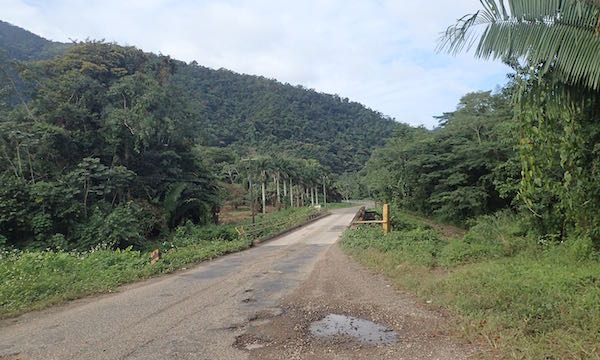 It was a LONG ride (much longer than we anticipated) but we were committed and making steady progress, that is until the “incident.” We were well in to the trip, far away from Hopkins when I looked back to see Phil had stopped and pulled to the side of the road. I stopped, signaled (even though we were the only traffic on the road), executed a perfect U-turn and cruised back down the road to where Phil waited. This is when things go wrong, and I’m still not really sure what went wrong or why. I wanted to make one of those perfect little U-turns again to come up alongside of my husband (and impress the hell out of him with my effortless finesse of the motorbike).

Now it should be stated for the record that the bike I was riding was much larger (taller and heavier) than the one I learned on and I don’t have the core strength I had back in the fall when we took the rider’s course (I’m 5 months pregnant now). 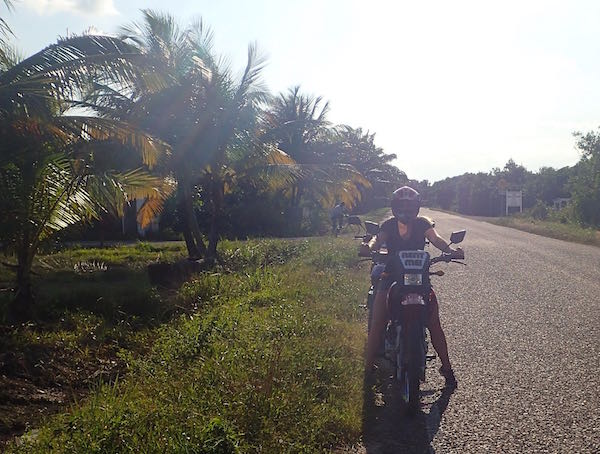 But excuses aside, I went for the turn and whether I thought I got lazy on the clutch so I overcompensated with throttle as to not stall or WHATEVER I did- the result was a loss of balance exactly halfway through and me just dropping the damn bike in the middle of the highway. “Oh God, oh shit” I said over and over again while Phil angrily shook his head and picked up the bike for me. Luckily for me the Hummingbird Highway isn’t what you imagine a highway to be and there was no danger of traffic so we had time to collect ourselves (though there was no salvaging my shattered confidence) and assess the damage.

There WAS damage we realized- I chipped the end of the clutch handle off.

After some more “oh shits” we decided there was nothing we could do at that point but continue on- we’d come too far to turn back now. So, my nerves shot and my ego irreparably damaged, we kept going but I knew I’d have to return a broken bike to Emma when we got back to Hopkins that night. I felt like a total a-hole when we got back to Alternate Adventures that night and I had to explain what happened. I was also nervous I’d owe a colossal repair fee for the damage. I told her, I showed her, and I waited for the repercussions. Emma was very nice about the whole thing and lady luck continued to be on my side; the cost to replace the damaged clutch handle: $11BZ ($5.50 us)! Done and done-I can afford that, what a relief!

Get your motors runnin’ in Belize

Up and down the Placencia Peninsula