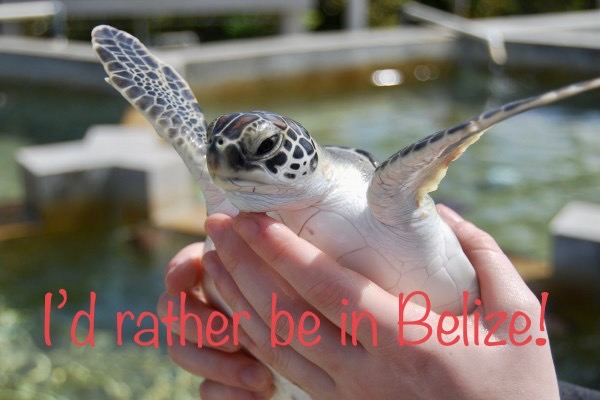 I don’t like to toot my own horn (Who am I kidding? Of course I like to toot my horn!  If I don’t toot it, who will?!) but, I’m an idea (wo)man.  I have great ideas sometimes.  I’m like SO creative on occasion.  Making a plan and executing it is where I fall short and that was why Cindy Flowers and I made such a dynamic duo for fundraisers: I came up with the big picture idea and she executed it.  Who can argue that Floatchella wasn’t one of the best fundraising events this peninsula’s ever seen?!

Any who… I went down a BTB and Facebook worm hole this afternoon.  First, I saw the BTB post a job vacancy for a Destination Development Officer (which looks like such a cool, intriguing and fulfilling position- read the description and applicant requirements here: https://www.belizetourismboard.org/careers_archive/destination-development-officer/).  Then I remembered the brief time just before the pandemic shut the country down that I was, as a community stakeholder in the tourism industry, a member of Placencia’s Monitoring & Coordinating Committee.  The MCC as it was referred to was a collection of local community member volunteers that would assist the BTB with designated enrichment projects on the peninsula.  There were about 5 identified projects our community was promised but Covid made the funds ::poof:: disappear!  So, without any budget for the plans, the MCC dissolved and I sort of shrugged my shoulders and forgot about the whole thing.  Until today!

Then, I started scrolling through some old MCC Facebook polls and one caught my eye:  If money was no object, how would you attract more visitors to Placencia?  Hohoomigosh!  I have an idea, a flipping great idea… but it ain’t cheap.  Ready?  Sea. Turtle. Farm.  Hear me out you guys.  What is the highlight of a visitor’s trip to Placencia?  Usually it’s seeing wildlife on a snorkeling trip, namely a sea turtle.  Unfortunately, these majestic creatures are endangered.  The Cayman Islands’ number one tourist attraction is their Sea Turtle Centre, where the public can view and even interact with a number of turtles and other animals.

Cayman Island Sea Turtle Centre has evolved to include a number of other tourist experiences (like a huge waterslide, aviary, and croc show) but the real drawl is the turtles.  Belize is supposed to be a conservation and eco-conscious destination.  If Cayman Island can successfully marry an incredible tourism experience with research and conservation then why the heck can’t we?!  Using their center as a guide, Belize could make a similar attraction AND release hatchlings and yearlings to the wild to bolster the surrounding ecosystem.  Scientists and students would come to Belize for research opportunities.  Vacationers would post countless photographs of themselves holding precious turtle babies or swimming with 600-pound gentle giants.  It’s science, and wildlife conservation/repopulation, and a homerun of a tourism experience- this is a million-dollar idea.  Well, probably several million dollars actually.

The question was- ‘if money were no object.’  I know this would be a huge undertaking but think long game what this could mean for the viability of sea turtle species in the area as well as what it could mean for Belize tourism.  Huge.  I am hopeless with finances but let’s just try and crunch some numbers, shall we?  I pay the BTB on average $4000 USD annually as a guesthouse owner with 3 units (rooms) for a year that was just okay, occupancy wise.  So basically 1300 USD paid to the BTB per room. Let’s say there’s 200 properties like mine on the peninsula (there’s not but between large hotel and resorts and singe unit vacation rentals there’s at least 1,000 ‘rooms’ in the destination and my average nightly rate is perfectly middle of the road at approx. $100 USD so we’ll go with that).  That would mean (1000 rooms X $1300 USD per room in tax) the peninsula kicks in about 1.3 million US dollars to the BTB annually.  I think that’s probably a very conservative estimate, and that is just our singular, small destination on the peninsula.  What if we took the hotel tax revenue from the entire Stann Creek district?  How long would it take to generate the funds needed to initiate a project like this?  It could get going even sooner if grant money for ocean animal conservation was obtained.

*Mr. Mahler (that’s the Minister of Tourism and Diaspora Relations if you didn’t know), if you’re reading this and are intrigued by this idea, reach out!  I have more!

Hopkins to Caulker- getting there and staying there

11 thoughts on “I have a dream for Belize Tourism”