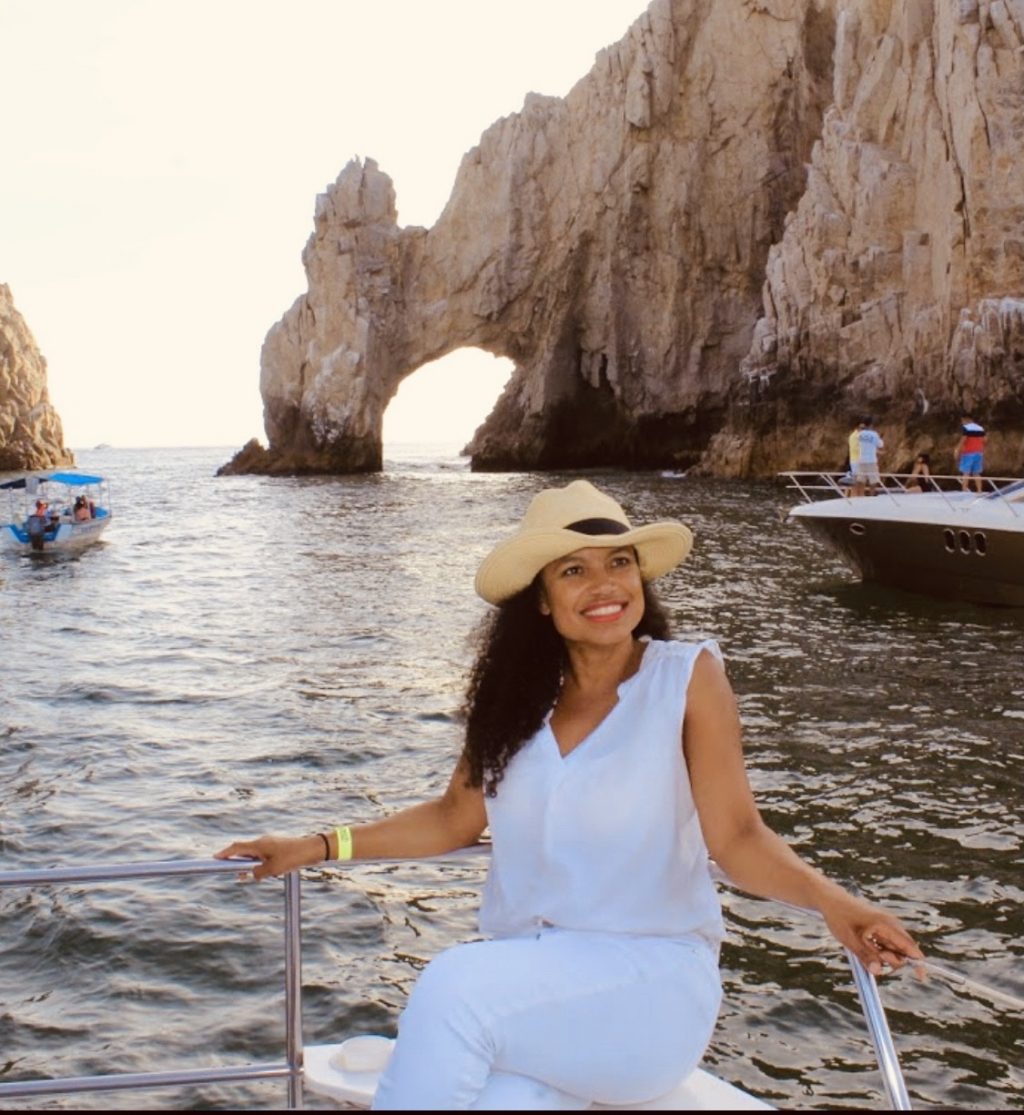 Even though we rarely get to see one another anymore, Jessy is one of my dearest friends.  I met her years ago at our local gym during a group fitness class.  At the time I was recruiting new players for my female flag football league and I invited her to come play with us; I didn’t realize she was from Panama and knew next to nothing about American Football.  No worries!  She took to the league with the good-natured enthusiasm she approaches most of life with.  We went on to play multiple seasons of not just football together, but street hockey and dodgeball too and we simply became really great friends.

Jessy has always loved travel- the exploration of new places, the sights, the sounds, the flavors.  Sadly, the pandemic put an (hopefully temporary) end to her Flight Attendant career but I know that won’t keep her wings clipped for long.  She’s a born globetrotter.  Let’s ask her about her international move and how that molded the person she’s become.

When and why did you move from Panama to the US?

I moved to the US when I was 23, I married an American who was in the Air Force and was stationed in panama for 5 years.

How does life differ between the two countries?  What positives and negatives do you recognize?

There is a lot of differences, my English wasn’t great so I struggled a little with the language. I couldn’t understand people with different accents. Some people got frustrated with me because they’d have to repeat things over and over again. Also the food is so different! I gained a lot of weight in the first two years of living in the US. Started drinking a lot of soda, which my mom never gave us when we were little. In Panama people are brutally honest, especially family, they would tell you exactly how they feel about you. They will tell you if you are skinny or if you gained weight. The culture in the US is different in that aspect, they are very nice and compliment you constantly but will never say something that may offend you. They just think it but don’t say it.

What were the hardest aspects of immigrating? (what was the easiest?)

The hardest was living away from my family, I missed them so much. The easiest was learning a new culture, I’m very curious and I like learning new things so it was an adventure.

Is there anything you wish you’d known then that you know now?  Do you have any advice for someone making a similar move?

I wish I knew about  getting too many credit cards. I used to go to the mall and come out with tons of shopping bags feeling like a Kardashian and thinking I’m rich. Credit is a lifestyle in the US and I learned real quick that has its consequences. I will advise anybody who is moving to the US for the first time to explore and to try to make as many friends as possible. Surrounding yourself with the right people will teach you a lot about the culture and the things we can and can not do.

Would you ever consider another international move? Do you plan on returning to Panama to live for an extended time?

I would move to another county in a second!  I don’t see myself returning to live in Panama. Just because I’ve been in the States for 25 years and I feel more part of the US than my country of origin. When I go to panama I feel like a tourist but you never know, life is very strange sometimes and living in Panama  may be a possibility