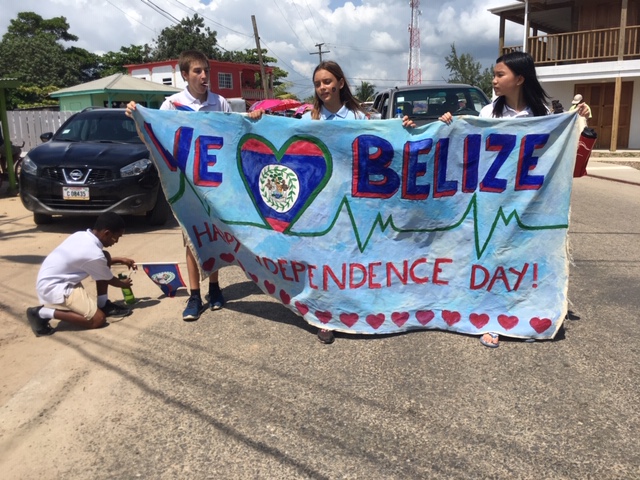 Today is September 21st– Independence Day! Belize is 38 years old so to speak (younger than my husband, ha!). There are parades a-plenty all over the country; yesterday we kicked off the party weekend with the children’s School Uniform Parade. 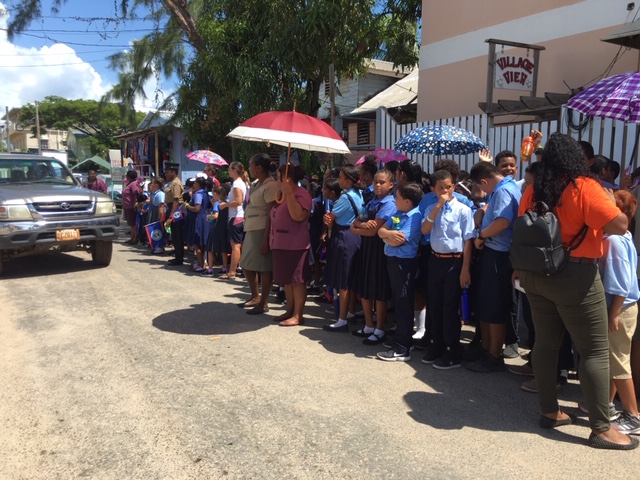 I almost didn’t send Mitch this year because last year’s parade was so rough for him. It was probably 1000 degrees and the little kids were stuck in a trailer with nothing to do but sweat and in Mitch’s case- cry. This year was much better- flags to wave, whistles to blow, and a canopy on the trailer for shade! 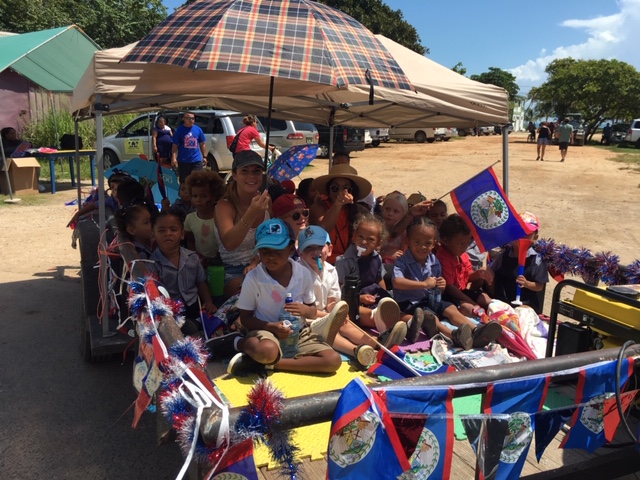 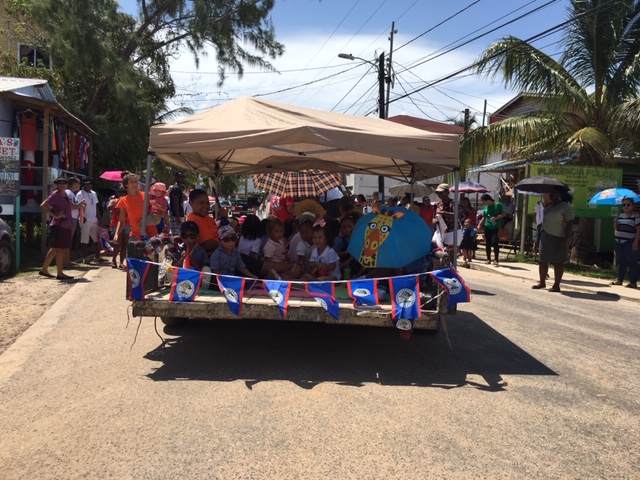 Both the public elementary, St. John’s, and the private school, Peninsula International Academy, participated in the parade. The other two preschools, Bernice Yorke Institute and Peninsula Art Camp Montessori, came out to watch. A uniform parade in Belize could easily turn in to a death march: imagine the heat, the unrelenting tropical sun, those sturdy polyester uniforms. 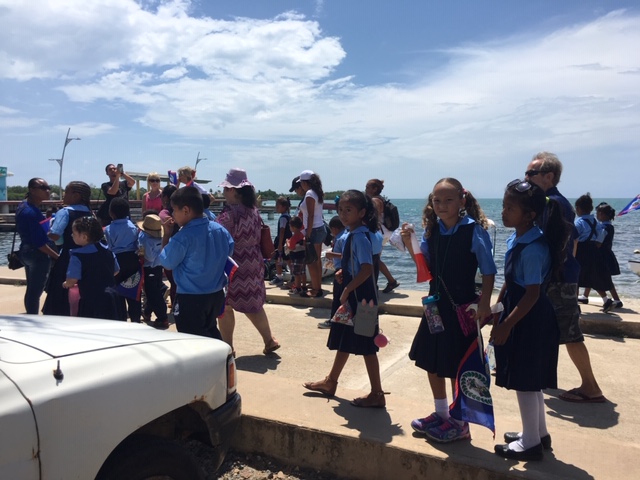 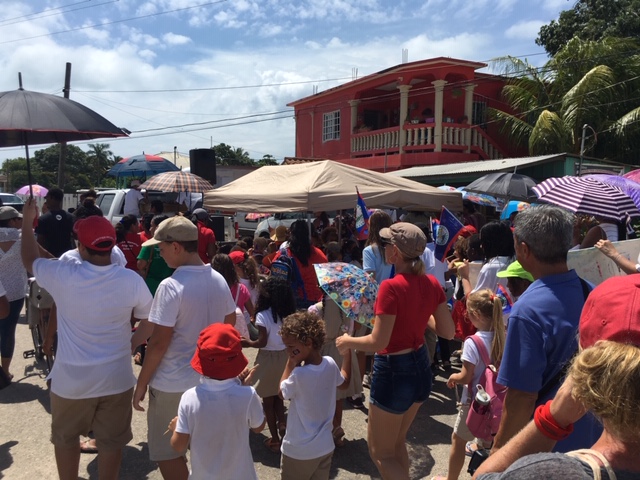 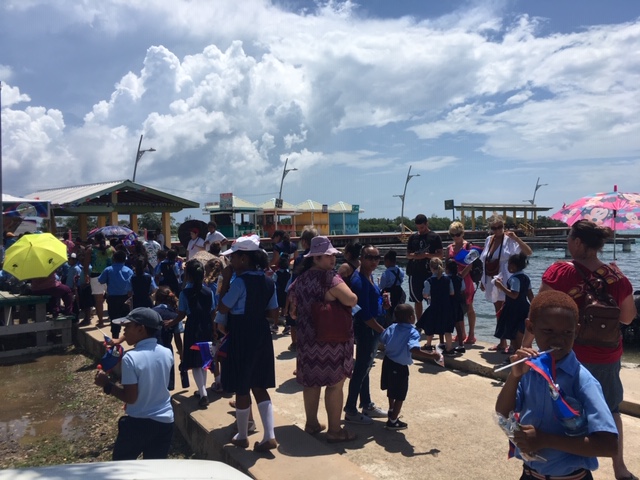 Precautions must be taken! Ideals (frozen treats like popsicles) and water for all. The kids all enjoyed the snacks that were handed out and they got a half day! What a fun start to the long holiday weekend. There were fireworks from the Point at midnight but my household was fast asleep by that time. This afternoon is the BIG parade- Carnival! I’ll be sure to get a bunch of great pictures of that and write it up. Happy Independence Day! 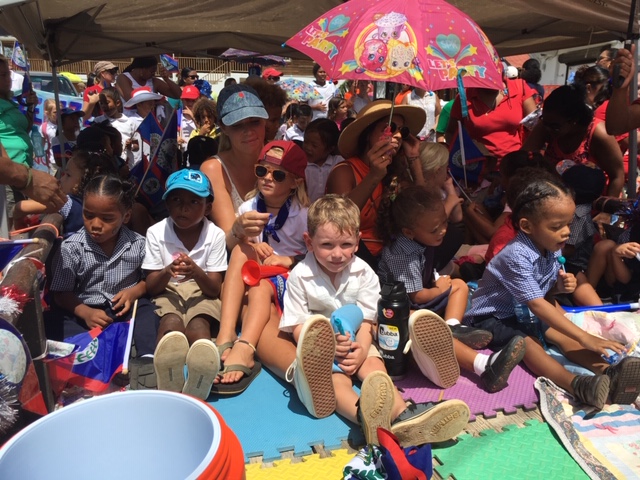 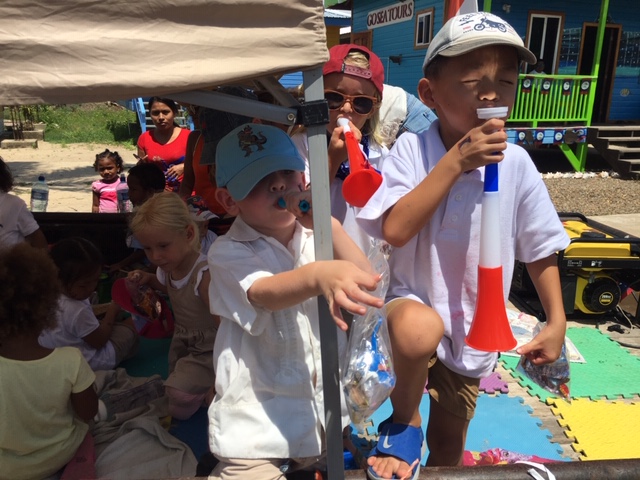