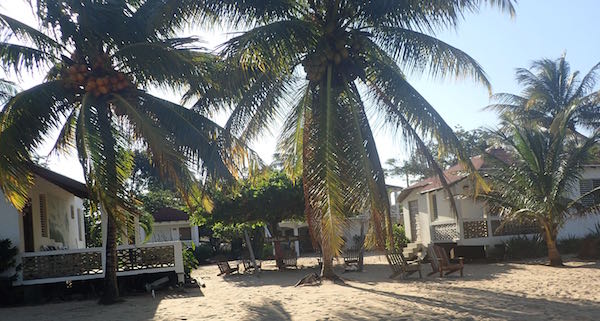 For our four nights in Hopkins Village we stayed at the Hopkins Inn, which is basically in the heart of the village. Its not so much an inn, but rather three concrete cabanas situated right on the beach.  The owners of the inn, Rita and Greg, have their own larger home right on the grounds next to the cabanas. We weren’t overly impressed with the beaches in Hopkins compared to Placencia,  however Rita and Greg kept the property and our section of the beach raked every morning and free of debris. 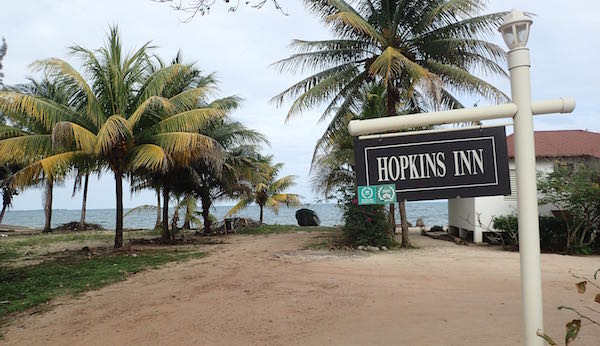 Rita delivered a delicious breakfast to us every morning. She also offered up tips and suggestions on sites to see, places to go, and how to get there.  So very friendly and helpful without being intrusive. A great host.

We used bicycles to get around the village,  but we also walked quite a bit as well.  There’s only one paved road but it has lots of random potholes. The rest of the roads are just mostly dirt and gravel.

The village is filled with children. We’d see them every morning walking and riding their bikes to school, often two to a bike.

A few grocery stores are scattered throughout the village. They sell a wide variety of products…just like an American store. However you want to stick to the local brands as items imported from America are way more expensive.  We bought mostly plantain chips and fresh water, as you can’t drink the tap water here.

The village also has its own bakery. Caitlin’s Bakery offers a variety of breads, muffins, and cookies. We stopped here twice. I treated myself to a pumpkin muffin with chocolate chips for my birthday. 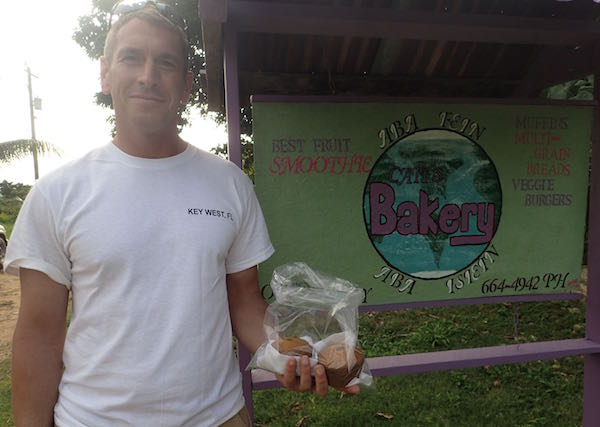 There is definitely no shortage of dogs in Hopkins. Dogs just roam freely around, but typically just mind their own business. Some like the sand…

During our walk towards the rear of the village we came across an herbal tea shop. The owner was originally from Chicago but she moved to Belize several years ago and married a local and is raising her family here.  She opened her shop and grows her own herbs and plants in a garden behind her store.

Finally on the southern edge of the village, probably like a 15 minute walk from our cabana was the unique  Sew Much Hemp. The owner’s  store/home is a school bus nestled amongst the trees on a dirty road towards the beach. She sells all types of herbal and natural lotions, among other hemp items. 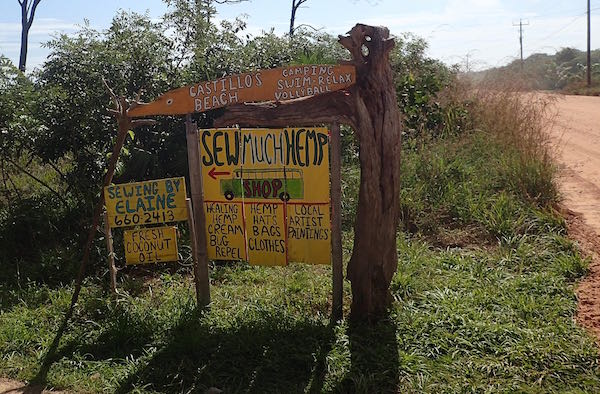 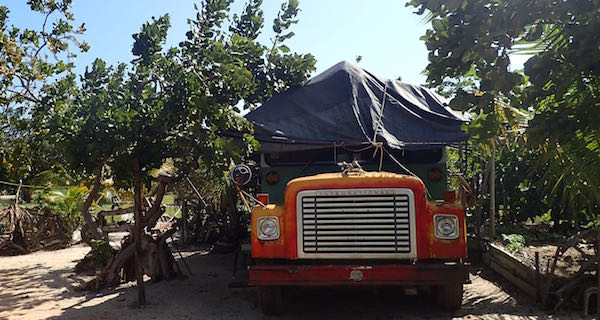 We ended up buying two lotions;  a moisturizing cream and an all natural bug repellant. The bug repellant actually worked really well, much better than the Off! spray we had brought with us.

There’s a decent amount of sights to see in the village if you just take your time and explore. There is also no shortage of small restaurants serving local food or more upscale cuisine.  However since we only had four nights, we didn’t get a chance to sample most of them. But more on that later. 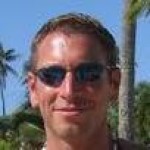 Get your motors runnin’ in Belize