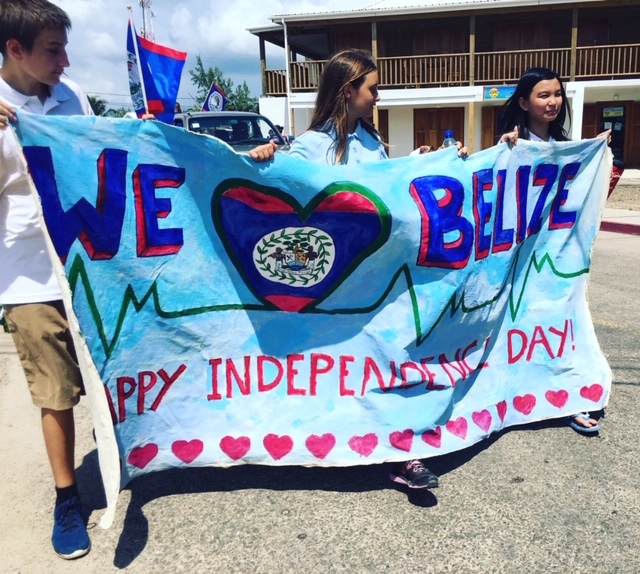 This post is for one of our readers, Tricia, that asked about our visa journey and I suppose I never really wrote about this because the blog was pretty inactive while we were in the thick of it. Also, I try to keep things light and upbeat, and for the most part, the legality of immigration can be a real drag. This was the worst part of moving to Belize and I remember how anxiety-inducing it was. We’d basically put all of our eggs in the move-to-Belize-basket and our status was so tenuous; a delicate house of cards that could come tumbling down at the slightest shift of an Immigration Officer’s mood on a particular day. It felt awful going for an extension stamp and not knowing if it would be granted or not, if it would be an easy day or if we’d be hassled and met with hostility. But now that I have some distance from those feelings and that experience, I think I can truthfully share it with you here. I will preface this post with: Everyone’s experience is unique to them. This was just our experience and some people may have had similar while others had better or worst. There’s no one-answer-fits-all to the immigration query, and that is a point of contention with a lot of people. Belize has rules but they’re not all officially written down or accessible to the public; they’re often open to a degree of interpretation and one Officer’s interpretation may vary from another’s, or even the same Officer’s interpretation may vary from day to day depending on what they had for breakfast that morning. So I would say if you’re considering a pretty permanent move to Belize you want to be prepared for some amount of frustration.

We did our research ahead of time, of course we did, and thought that this was a long-paved and well-traveled path. All we have to do is follow it and tow the line, right? Wrong. We came on tourist visas like 99% of newbies. Our plan was to rent and kick around the country for a year before deciding where and how to put down roots. (and then by that time we’d be applying for residency) In theory we should have been able to come with enough savings to float us for a good year or two and be able to extend the 30-day tourist visa sort of indefinitely. Our ‘go slow’ plans were derailed almost immediately when we threw caution to the wind and bought our house, Driftwood Gardens, less than a month after moving here. We were still going to forge ahead with the original immigration plan of monthly renewals and continue to allow our Belizean neighbor to property manage the house. But when you’re an expat of a certain age I think you’re met with more skepticism from the immigration office and when we were renewing our stamps in San Pedro that first year, the officer there told Phil that he needed to get a work permit instead. I mean, we didn’t particularly want to get a work permit- we didn’t want to work, we were happy employing our local property manager to do that for us while we got our Belize bearings. Isn’t the whole point when coming here NOT to take jobs from locals? But this simply wouldn’t fly with this Officer and he refused to stamp us any further. I don’t know if you’ve ever applied for a work permit, but you don’t get it right away so… inevitability we needed another extension to our tourist visa and this guy would. not. do. it. I was thinking: “So now what? Am I deported? My visa expires today and this office won’t stamp me. I’m just supposed to get on a plane this afternoon and leave?” Phil DID get on a plane that afternoon; he flew from San Pedro to Savannah in Mango Creek, and got an extension at a different Immigration Office but that was frightening.

So Phil got a self-employed work permit for Driftwood Gardens, which we had registered as a foreign owned LLC. You can set up your business in a way that you can do pretty much ANYTHING with it. Phil is a Physical Therapist by trade so he wanted his work permit and business to reflect the guesthouse and this completely unrelated field… no problem. We can also grow crops commercially if we like (have you seen the size of my yard?), run an ice house, breed crocodiles, or any number of other miscellaneous things. Current cost of a work permit is $1500usd per year. I was able to get a Dependent’s Visa under Phil’s Work Permit, and Mitch, who was enrolled in pre-school, was allowed to get a student’s visa (current cost is $100usd per visa I believe and you might have to stamp the kids over the summer holiday when school isn’t in session). **As a sidenote, the Ministry of Health was super easy to work with as far as verifying Phil’s PT credentials, they were very welcoming and seem eager to accommodate more workers from abroad in the Healthcare Field.

As soon as we were eligible to apply for PR (having not left the country for 1 year), we did. We did our very best to submit a complete application all I’s dotted and T’s crossed. We took all the steps, did the interviews, then waited (im)patiently to hear back. Our hope was to receive our residency prior to Phil having to renew his work permit. The Immigration Office in Belmopan told us we could follow up after 6 months if we haven’t heard anything to check the status of our application. It had been radio silence for nearly this long when our friend was making a trip there for something else and Phil thought he’d tag along then with some updated financials to check in on the application. He went in with high hopes that were quickly dashed because the office hadn’t even begun processing our application–it was somehow incomplete. Well, thanks for letting us know! Sheesh! Apparently we were missing our local Placencia Police Interview that we’d completed months prior. We followed up with the local Officer that conducted it, no dice. In no uncertain terms, he accused us of accusing him of not doing his job. And of course he didn’t appreciate us asking if he could kindly just send the report again, since we knew it shouldn’t take six months for a report to travel from Placencia to Belmopan. We honestly figured it must have just gotten lost in transit and resending it was a simple solution. And the immigration office in Belmopan was not helpful; they refused to request the Placencia Officer to resend the report; they only send a request for the Police interview once, and they had already done their job. And neither party had any interest in talking with the other to try and come up with a solution. So we were were at a standstill, basically a dead end. It was right around this time we fortuitously (or so we thought) met someone with “connections.” People make careers out of knowing the right people in office to push paperwork through here and a lot of people will tell you not to get involved with them because you can do things yourself. Plus, some of them are shady. But really, every service has its place and its a matter of time and effort, so if its worth it to you to pay the fee for someone to get something done for you quicker or more easily than you could on your own then- why not? But the guy we got involved with basically extorted us, making us pay for him to find the police report, then pay to make it disappear again because it was unfavorable (was it? we don’t know, we only have his word on this), then pay to get a new report completed by someone who didn’t interview us, then pay for something else and something else. It felt like being in bed with the devil but at that point he had us by the short and curlies if you catch my drift- in for a penny in for a pound. We felt like we’d invested too much time and money in to this application to just walk away and start over so we paid. In the end we got our Permanent Residency but it was a somber celebration after being taken for so much extraneous ‘investment.’

I’m so glad we don’t have to deal with all that anymore. Major anxiety! Around the same time we were being hassled about getting a work permit, our friends were being hassled about a similar issue over remote working (living in Belize while working online for a foreign company). They eventually got so fed up fighting for extensions that they moved back to Canada. Young expat families seem to be met with the most questions at immigration while older people seem to attract the least scrutiny. Today, it seems that officers have a better understanding and acceptance of remote workers/ digital nomads but every now and then you hear of it being an issue for someone.

There’s an old saying: If you come with patience, you’ll lose it and if you come without it, you’ll learn it. Or something like that! Make sure you have all your materials when you ask for an extension (and you should ask, not assume or demand). They’ll want to see financial statements, lease or land title, registration if kids are enrolled in local school, etc. Sometimes it might take 2 trips to the office to get your stamp (they asked to see something you forgot at home, or the office is out of receipts yeah, we use paper receipt books still… I don’t know). Getting flustered won’t accomplish anything. Everyone has a different experience so talk to people, get their stories and suggestions, but don’t expect to have the same timeframe for things that someone else had. Grumble on the inside if you must but stay humble on the outside. I know it doesn’t feel like it when your sanity is hanging by a gossamer thread but it IS a privilege to even be in the position to immigrate anywhere so remember to be grateful even when it seems as though your host isn’t being very gracious. This is a very young, developing nation (39 years old!) so we’re still figuring things out, but how lucky are you to not only be witness to that but actually be part of it!? Your irritation or obstruction is just the growing pains of a new nation. This is what I teasingly remind Phil when he’s about to blow a gasket over some new nonsense or inefficiency when dealing with any department of the GOB. Hehehe. Good luck!

Pitfalls of Moving to Belize with Teens

Can you make a living in Belize without buying a business?
Tags: cost of living expat family immigration

1 thought on “Our Road to Residency”