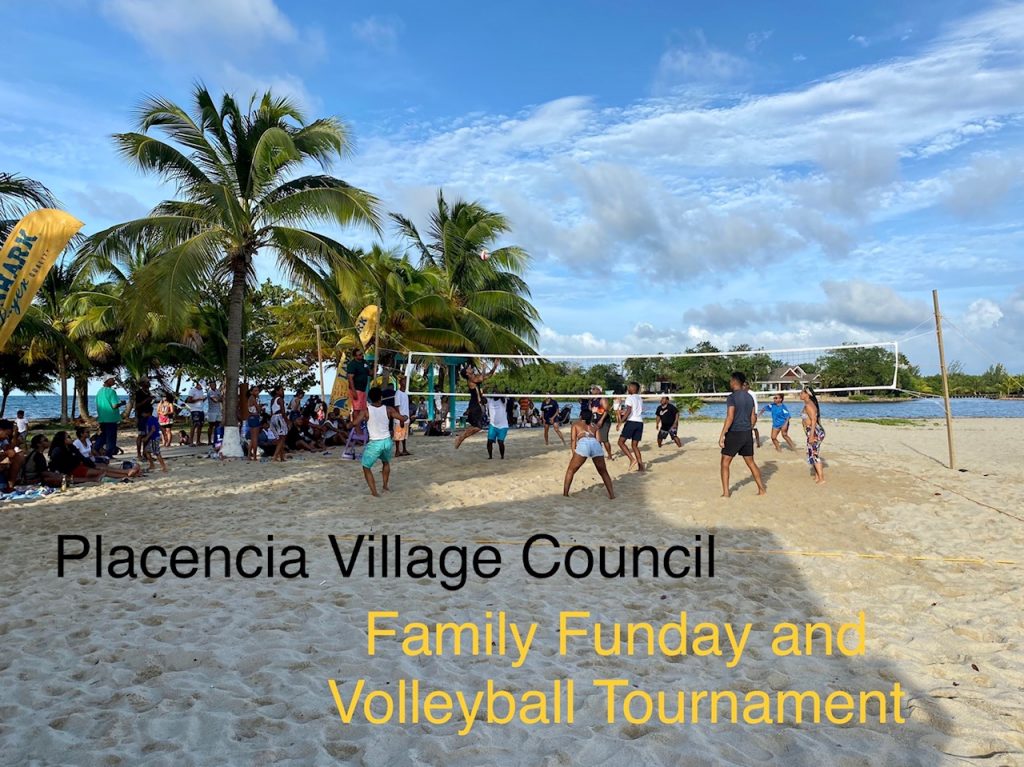 Sunday Funday baby! The newly elected Village Council is killing it– sargassum taskforce, cemetery beautification, Lobsterfest, and now the first of future: Family Fundays. Sunday was the first official Funday at the municipal pier beach with music, food sales, VC beer tent, and a volleyball tournament. What a great day; after an initial rain delay/ late start, the skies cleared and people turned out for the festivities.

We entered the volleyball tournament with a random guy we pulled off the beach to complete our team (thanks Ben, I hope you enjoyed your time in Placencia and have fun on the rest of your Belize trip!). To everyone’s surprise (no one’s surprise), our team was number one! As in, FIRST team eliminated from the tournament… champions.

The sea was calm along the Point but cloudy with a bunch of particles and bio-materials floating in it. I think it must be some sort of spawning season and look at all the juveniles swimmers you could literally just scoop up with an empty beer bottle.

A good time was had by all and we’ll definitely keep you apprised of future Fundays as they’re announced.