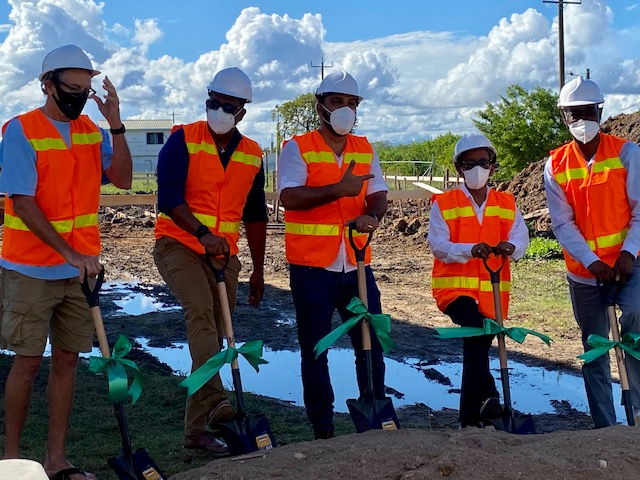 Today I gate-crashed the ceremonial ground breaking for Placencia’s new polyclinic being constructed next to the airstrip. This is BIG exciting news you guys! The peninsula has been lacking a proper medical facility for far too long so this project is immensely important and it’s great to see it getting the attention it deserves. The GOB’s press office was there and a bunch of heavy hitters turned out to speak: the Minister of Tourism, the Minister of Health, the Minister of Youth Sports and Transport (who is apparently our area representative, I really need to learn more about the GOB and it’s players). Here’s what I gathered:

***There was also mention of our municipal pier being repaired in the near future and a proposed project for a welcome center/ house of culture for Seine Bight. It seems that Placencia is finally seeing some of the tourism tax money we contribute cycling back to build up our communities. Here are some pictures: